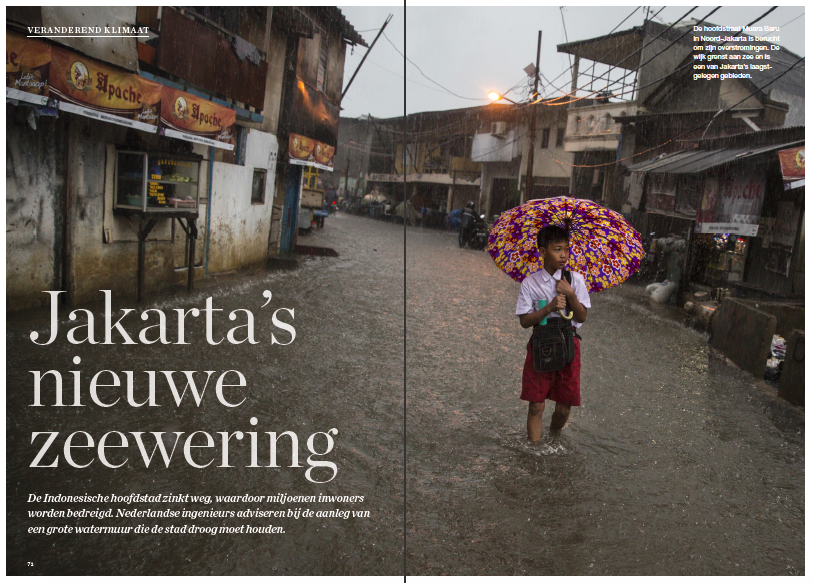 An 20 page feature article of The People Behind the Seawall is published in National Geographic Magazine Netherlands in their special November issue on ‘Climate Change’. On occasion, special editions of the magazine are issued, like this ‘climate change’ issue. As of 2015, the magazine is circulated worldwide in nearly 40 local-language editions and had a global circulation of 6.8 million per month. This same article was also published in National Geographic Netherlands. It is the first time 2 countries worked together on the same article.