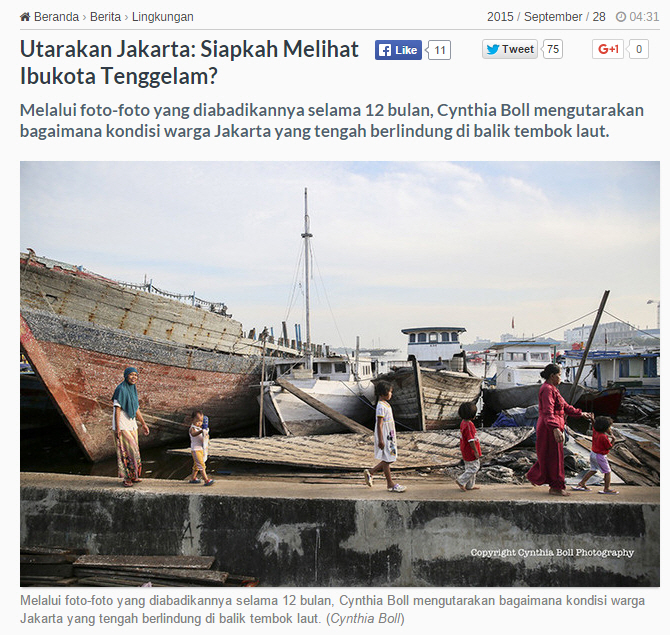 An 18 page feature article of The People Behind the Seawall will be published in National Geographic Magazine Indonesia in their special November issue on ‘Climate Change’.  National Geographic, formerly The National Geographic Magazine, is the official magazine of the National Geographic Society. It has been published since 1888. It primarily contains articles about geography, history, and world culture. The magazine is known for its thick square-bound glossy format with a yellow rectangular border and its extensive use of dramatic photographs. On occasion, special editions of the magazine are issued, like this climate change issue. As of 2015, the magazine is circulated worldwide in nearly 40 local-language editions and had a global circulation of 6.8 million per month.For a preview of the publication click here (Bahasa Indonesia).