Introduction
School regulations for students at the 200 years old all girl catholic boarding school are strict. In the former abbey in the historic city center of Gent Belgium some 115 girls live and study. Twenty four hours a day they eat study and live all within a100 m radius. Study and leisure time are structured around a tight schedule in which regularity and order play a big role. 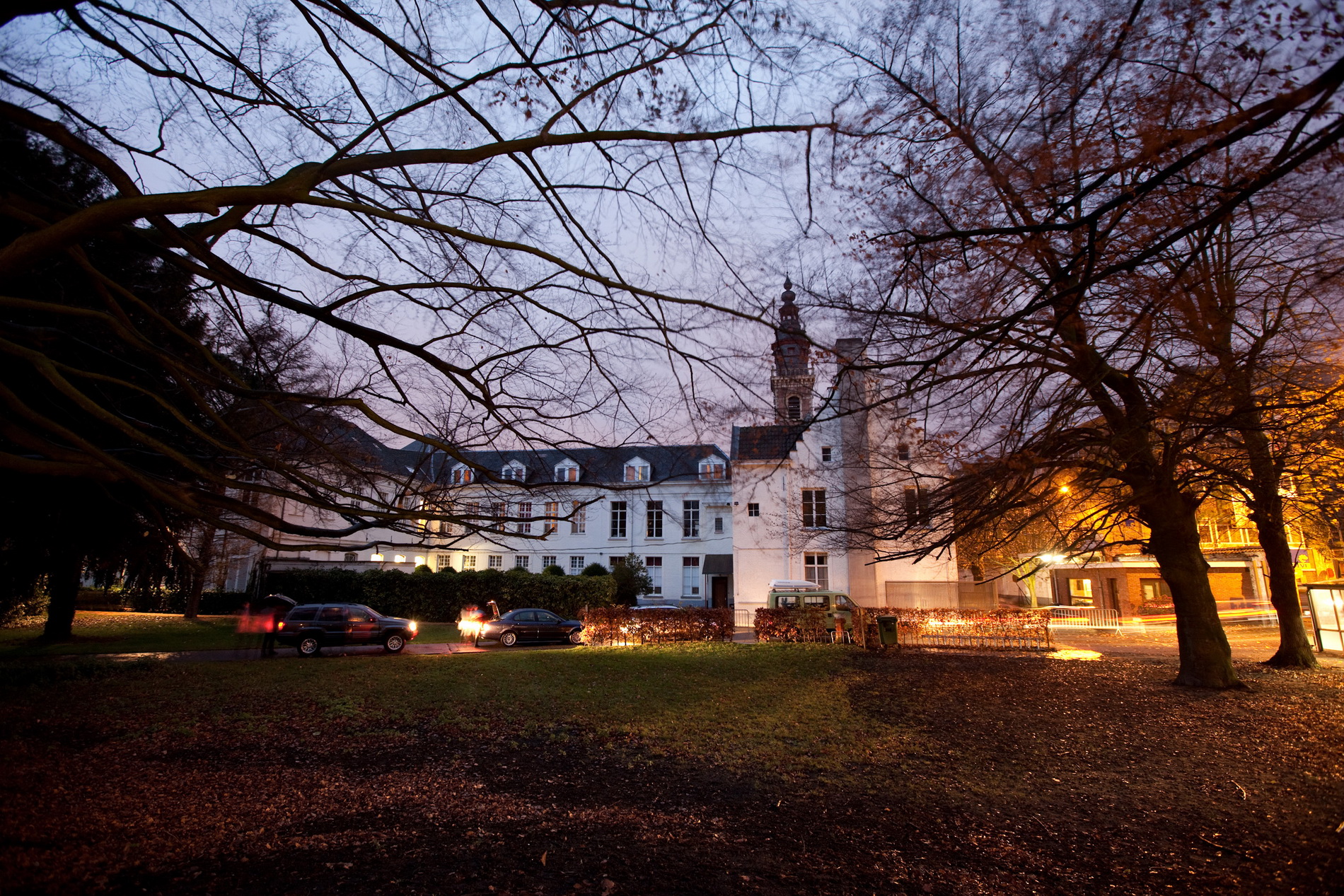 Students arrive at the boarding school at 8 am Monday morning. 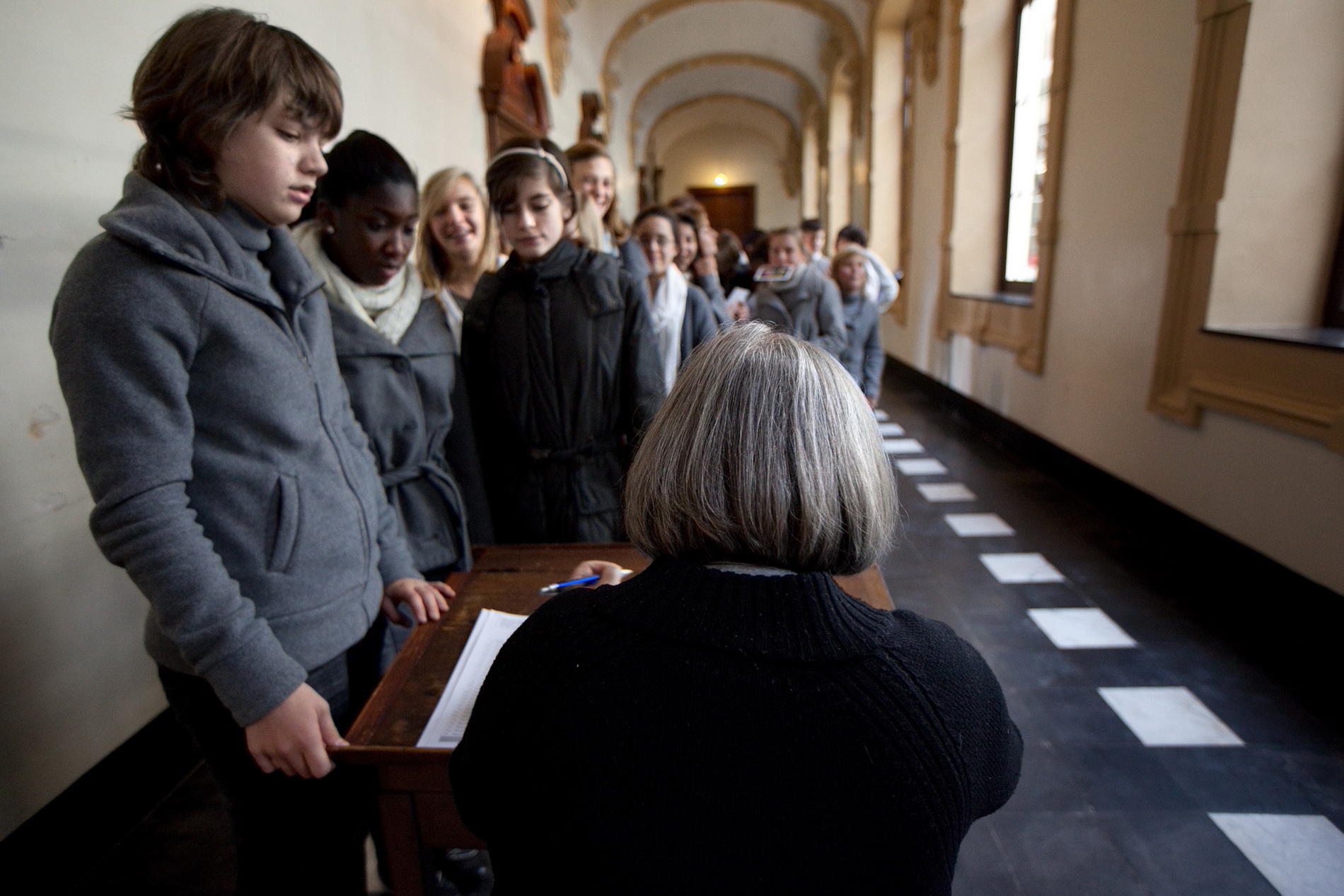 One by one the students have to sign in before they can enter the dining hall. 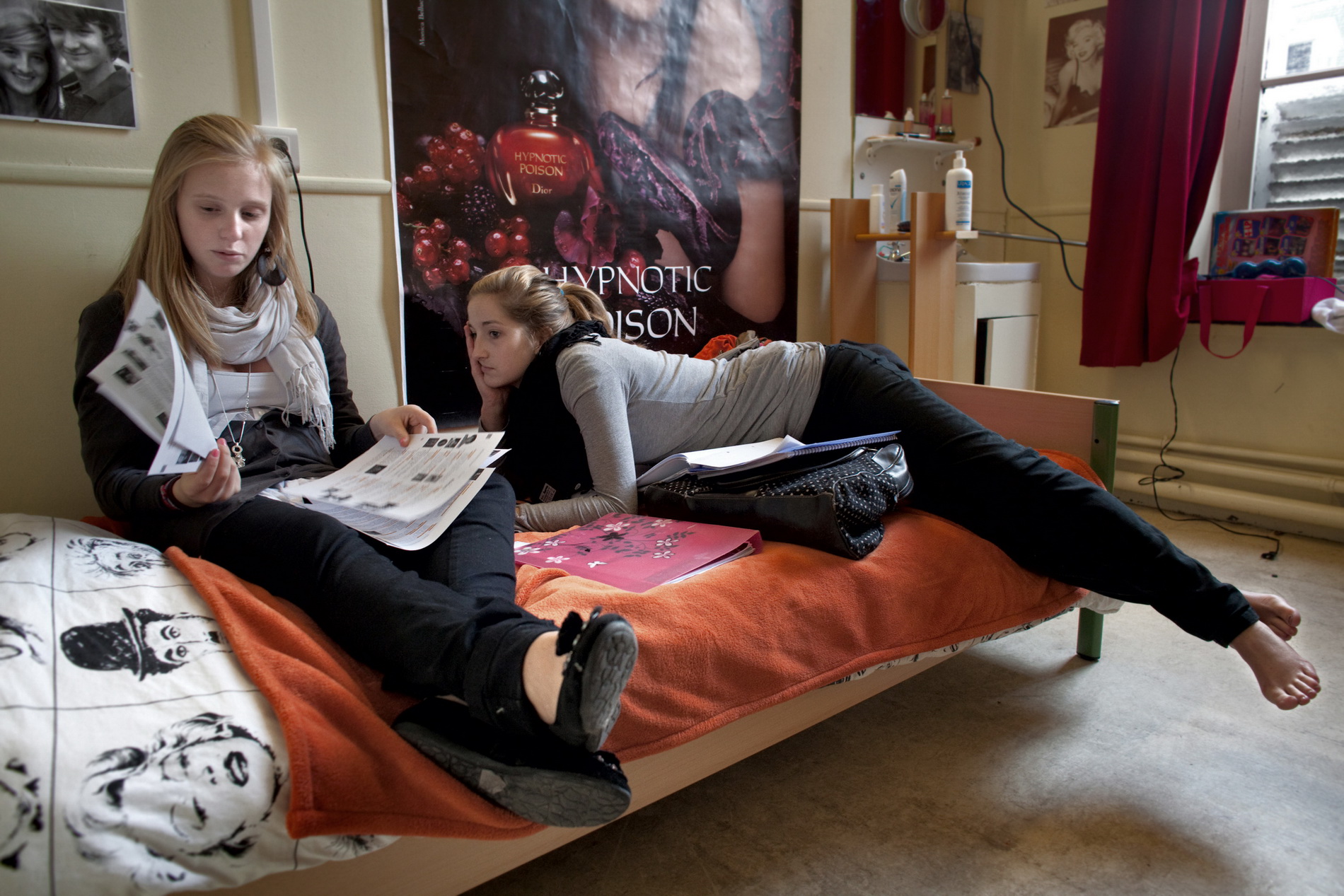 Fifth year students, are allowed to study at their room instead of the communual studyroom. 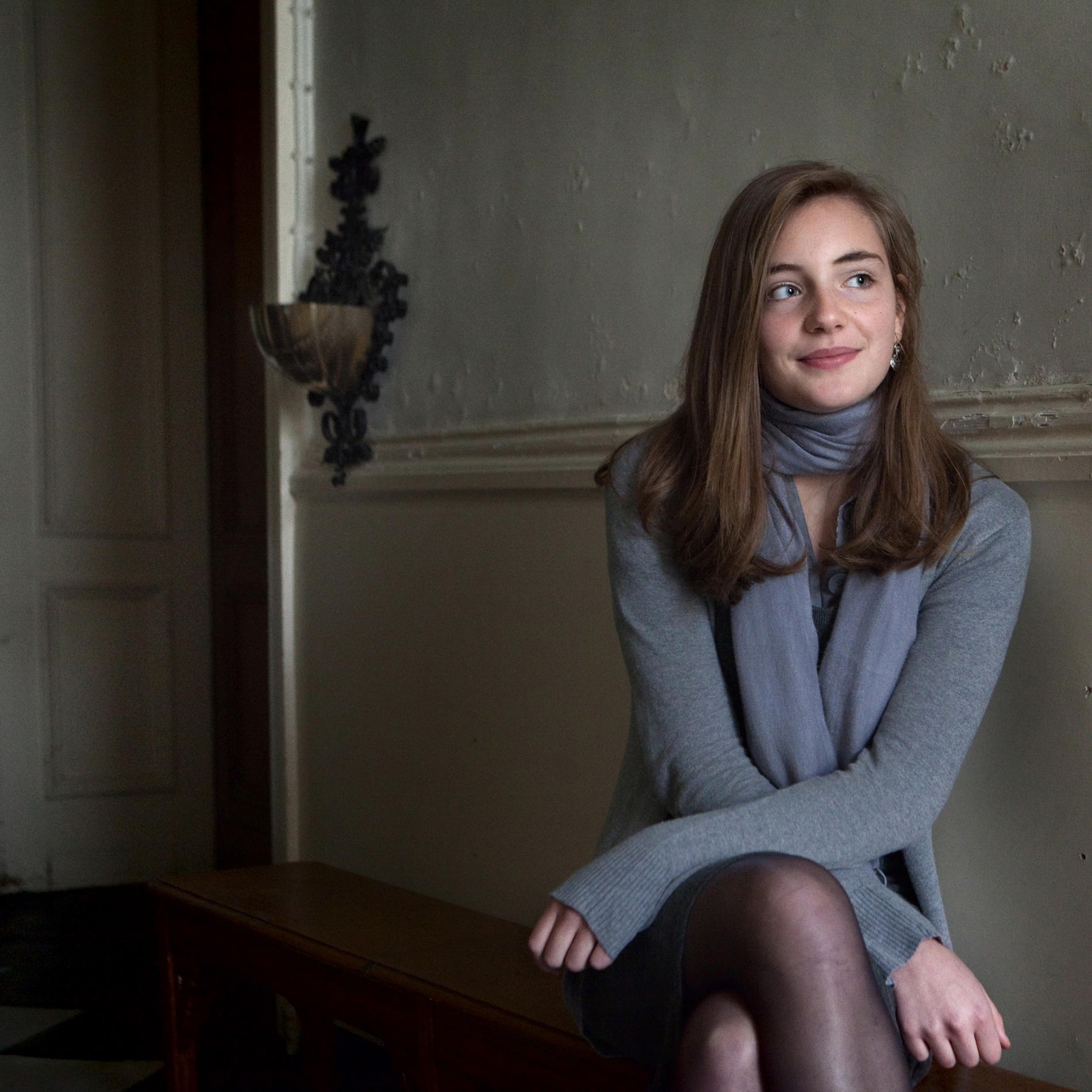 Although there is not an official school uniform, the clothes have to be grey. 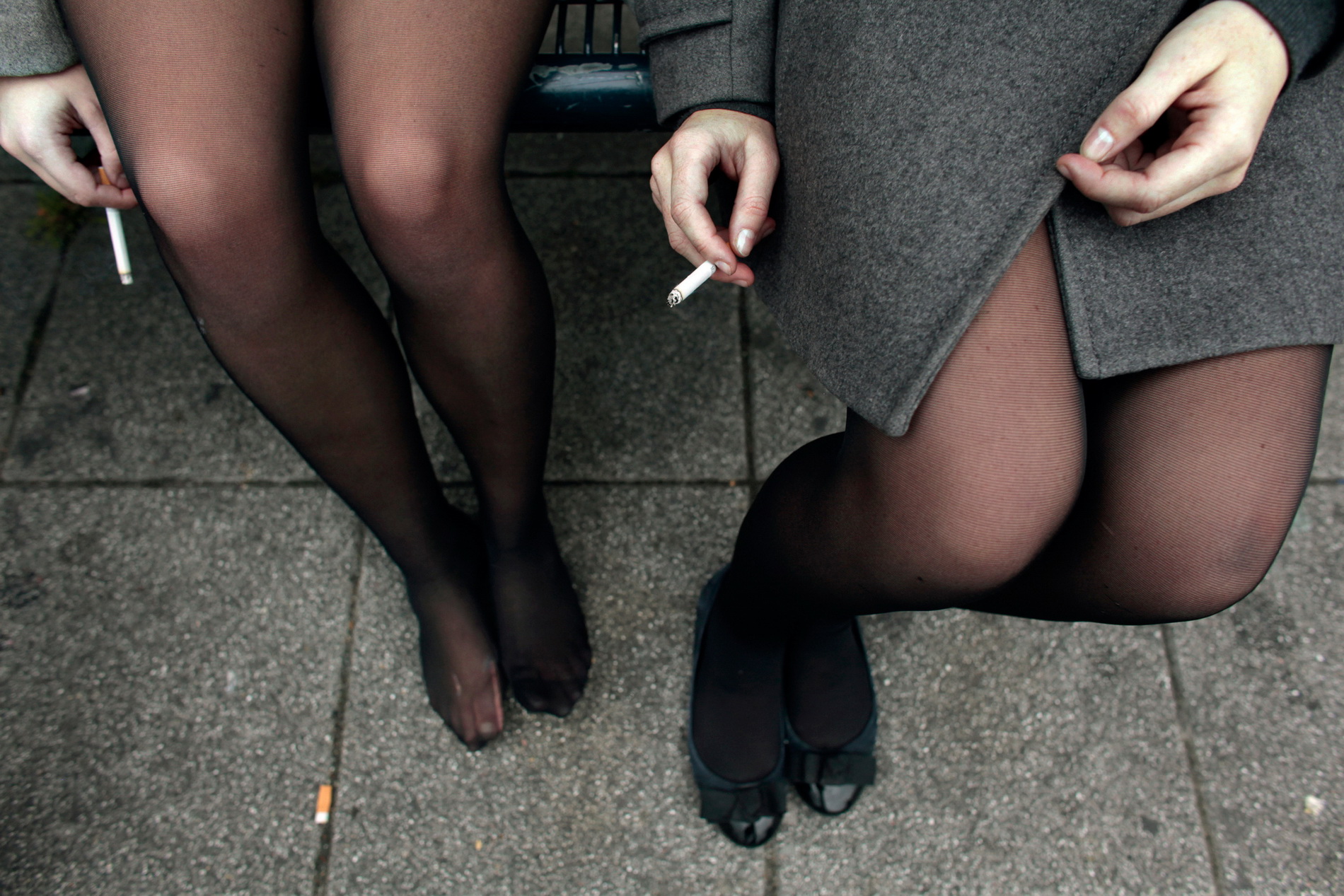 Once a week, the oldest students are allowed to go to the city for 2 hours.
Smoking is strictly forbidden, “ Wait, I ll take my shoes off, my parents might recognize them”. 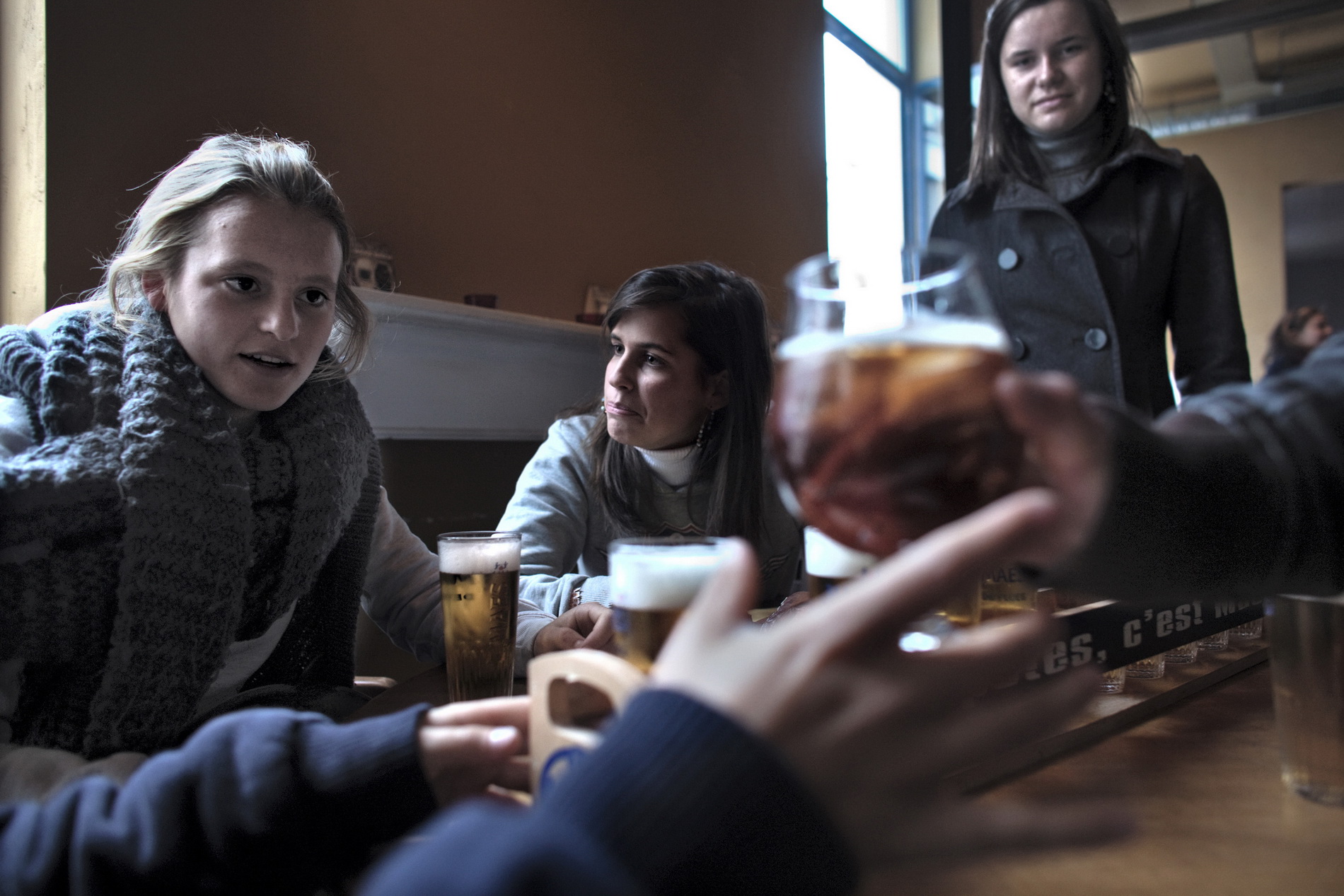 Birthday celebrations at a bar in Gent. 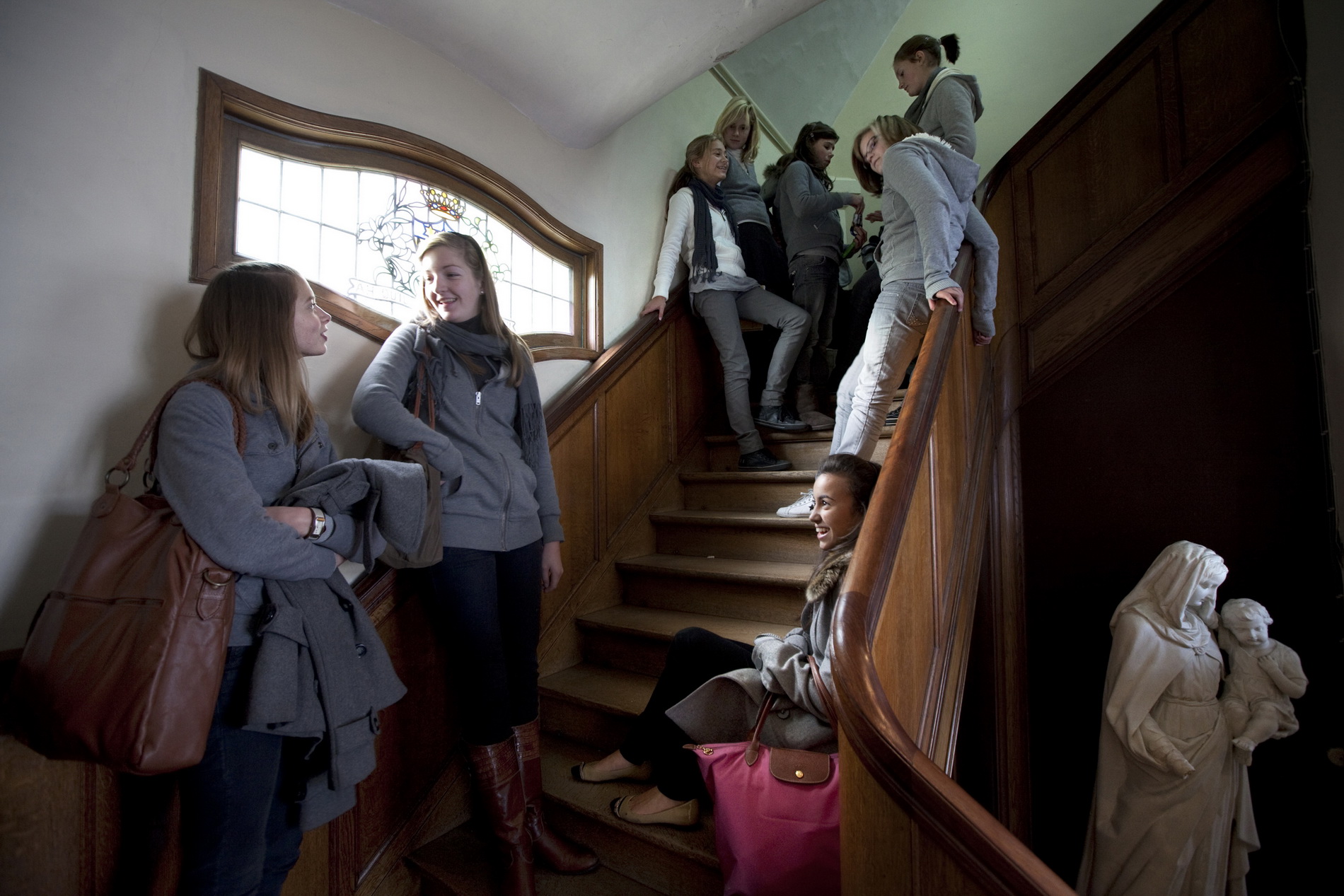 During the day the students are not allowed in their rooms, they are waiting for the doors to be unlocked.

My personal story ‘Nieuwenbosch’
Before I became a photographer I was an economy and maths teacher at a highschool in the Netherlands. I loved the schoolcamps after the examperiod; teenagers in the transition of childhood and adulthood being away from their parents for the first time. Even better than theatre. You might imagine when I was asked by National Geographic to make a feature of a all girl boarding school and I had to stay there for a week, I was over the moon with joy. Situated in an old convent, in the centre of Gent. They had cleared the broom closet for me to sleep in. A stunning photogenic setting; a century old building and over a hundred girls all dressed in grey colored clothes. The first 2 days, out of hundreds of pictures not happy with one of them Young girls, a stranger with a camera, lots of giggeling, funny faces and scary looks in the camera. Slightly worried that 5 days would not be enough to ‘integrate’ luckily everything changed the next day. It was like I was part of the furniture; they could not care less if I pointed a camera at them or not. I had promissed them I would not take or select pictures of them that would in any way harm them or that would make them look bad. To be honest it was a surprise they trusted me in this. Not that I would ever consider doing this, but for them to take my word for it was very brave. When I caught them smoking a cigarette, it was too good not to take a picture. The demand; “nobody may recognize us” They even took their shoes off to prevent their parents recognizing them. At time I was a bit grumpy, such a good photo moment and I could not take a proper picture. How wrong was I; when I did the edit I discovered the tiny whole in her tights. There was something about this image that I liked. Hard to explain, maybe the story is better than the picture. I got my picture and nobody found out her daughter smokes.