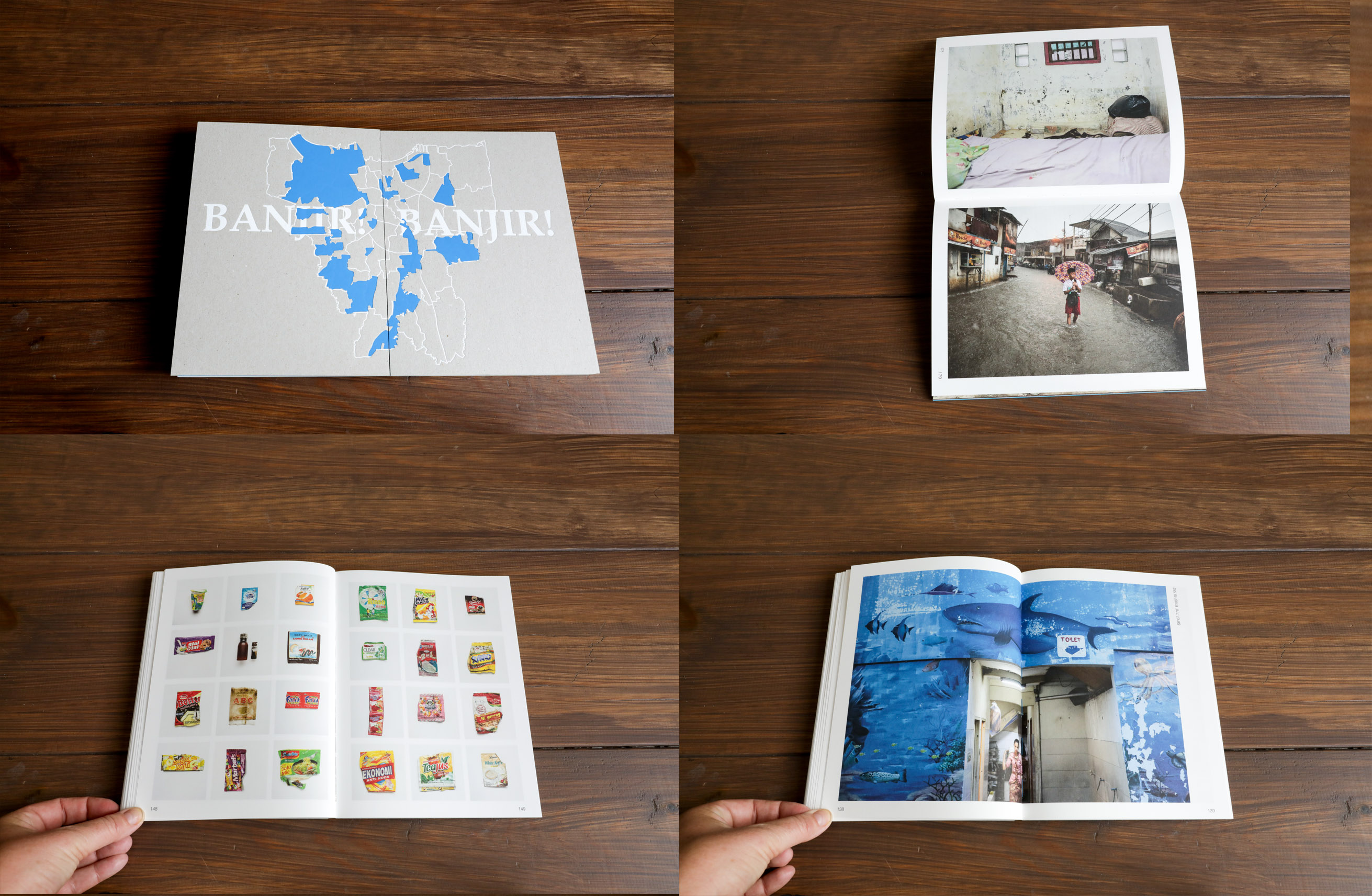 ‘Banjir! Banjir!’(flood! flood!) is a cry often heard with increasing frequency in Jakarta. The city is sinking, the sea level is rising and heavy rainfall causes rivers, clogged by rubbish and silt to burst their banks. Since 2014 I have been documenting what it’s like to live in Sinking City Jakarta.These pictures are now bundled in a book. Click here for PDF

The book is in two parts. In the first part five leading experts describe the situation in Jakarta. The second part is devoted to eight photo-reportages.

A small selection of my personal favourites: 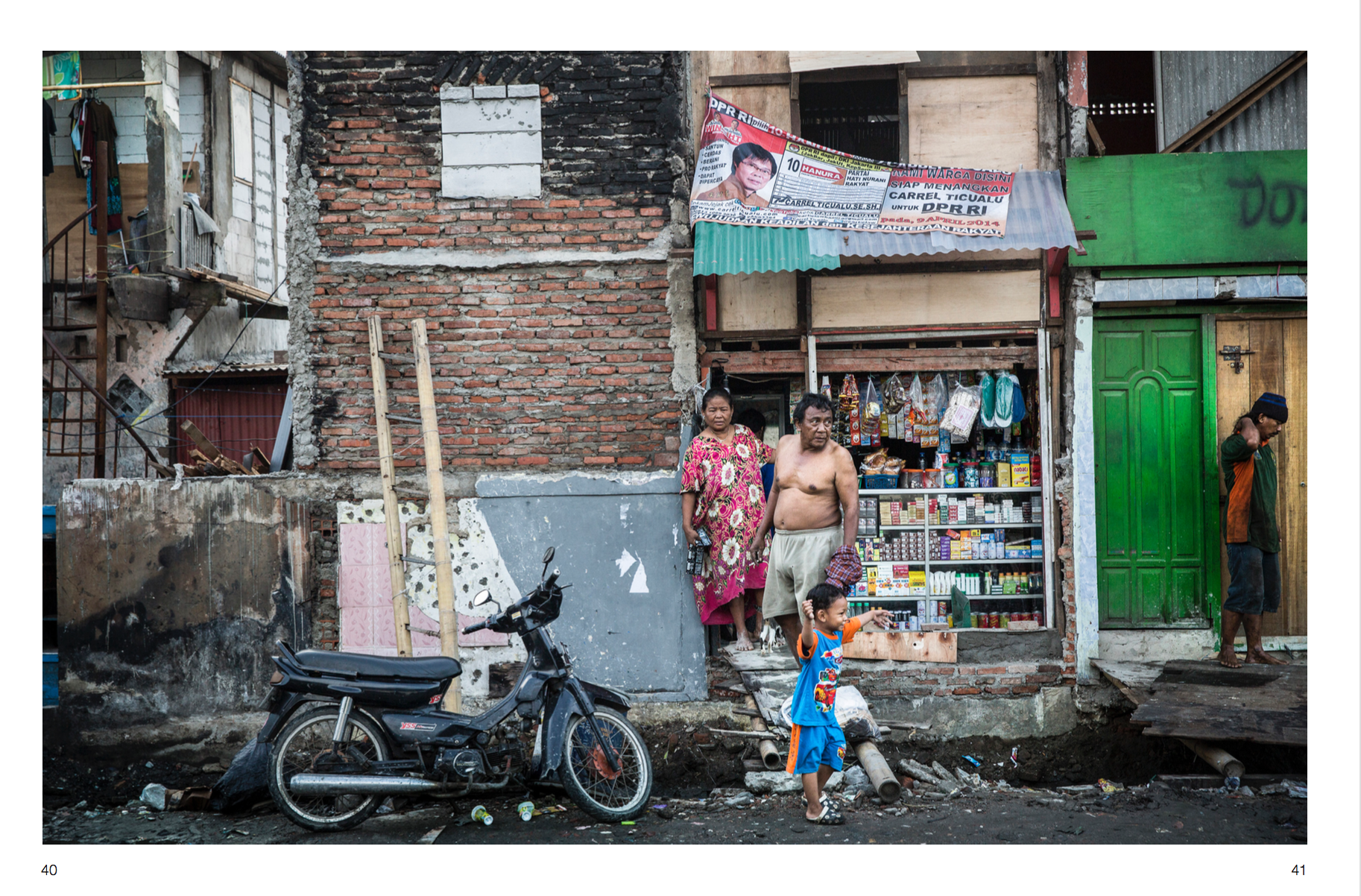 Jl Muara Baru is the name of a city district and the main street that runs through it. Ongoing urbanisation  claiming every square centimetre of space. In an attempt to prevent flooding buildings along a 2 kilometers stretch have been ‘chopped off’ to create a new gutter. 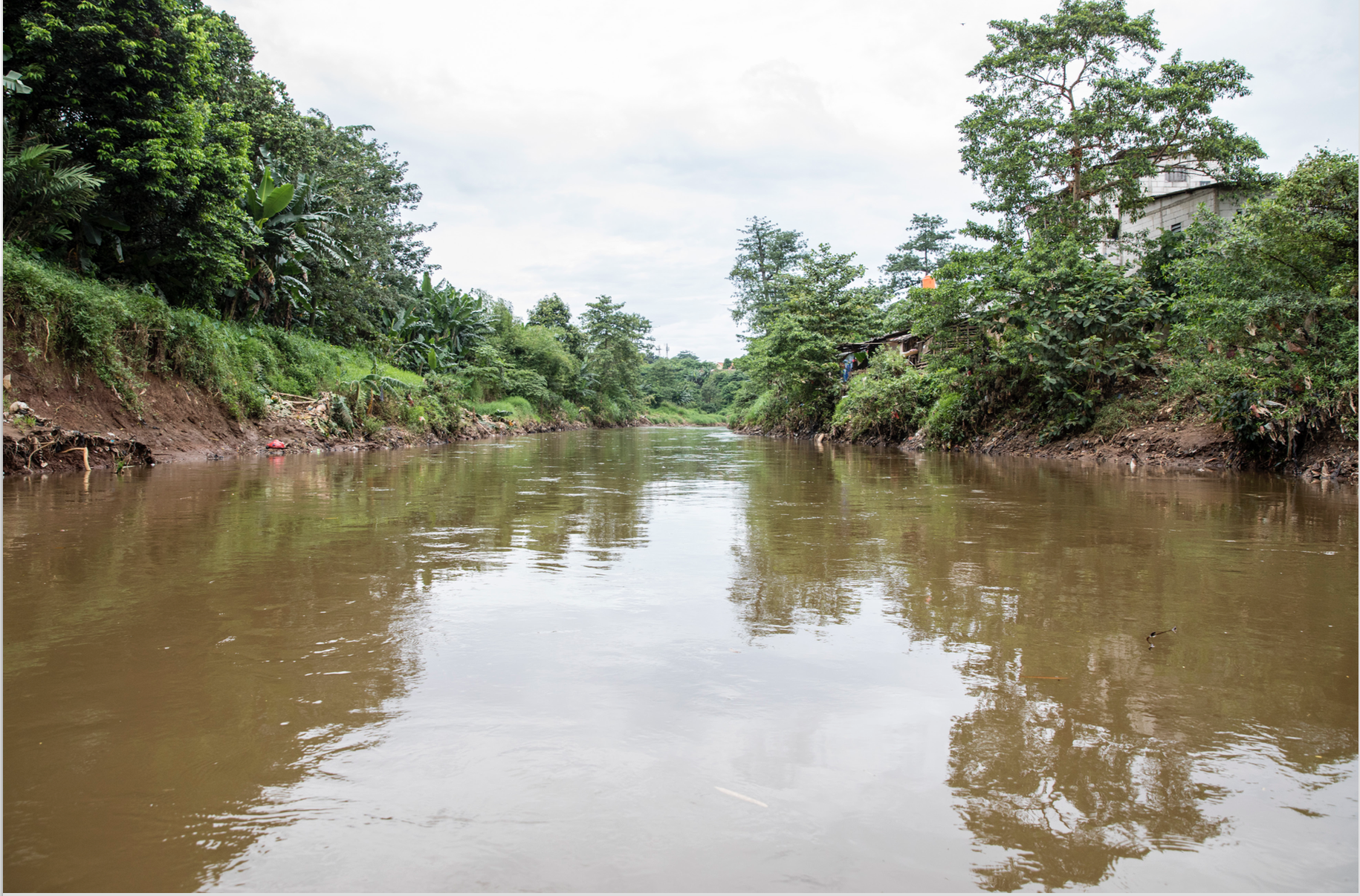 A journey along the banks of the Ciliwung begins in the relatively green south Pasar Minggu. 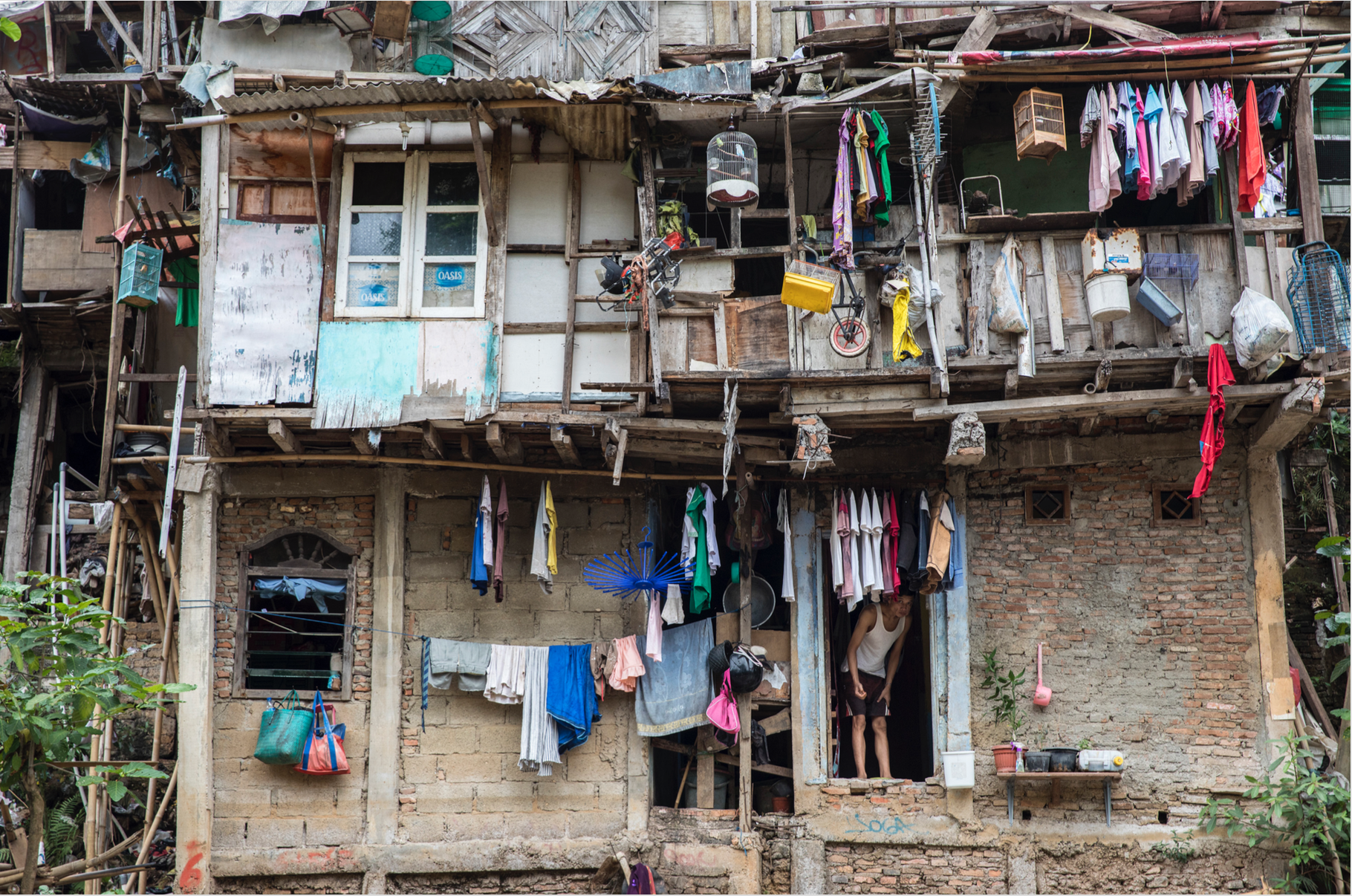 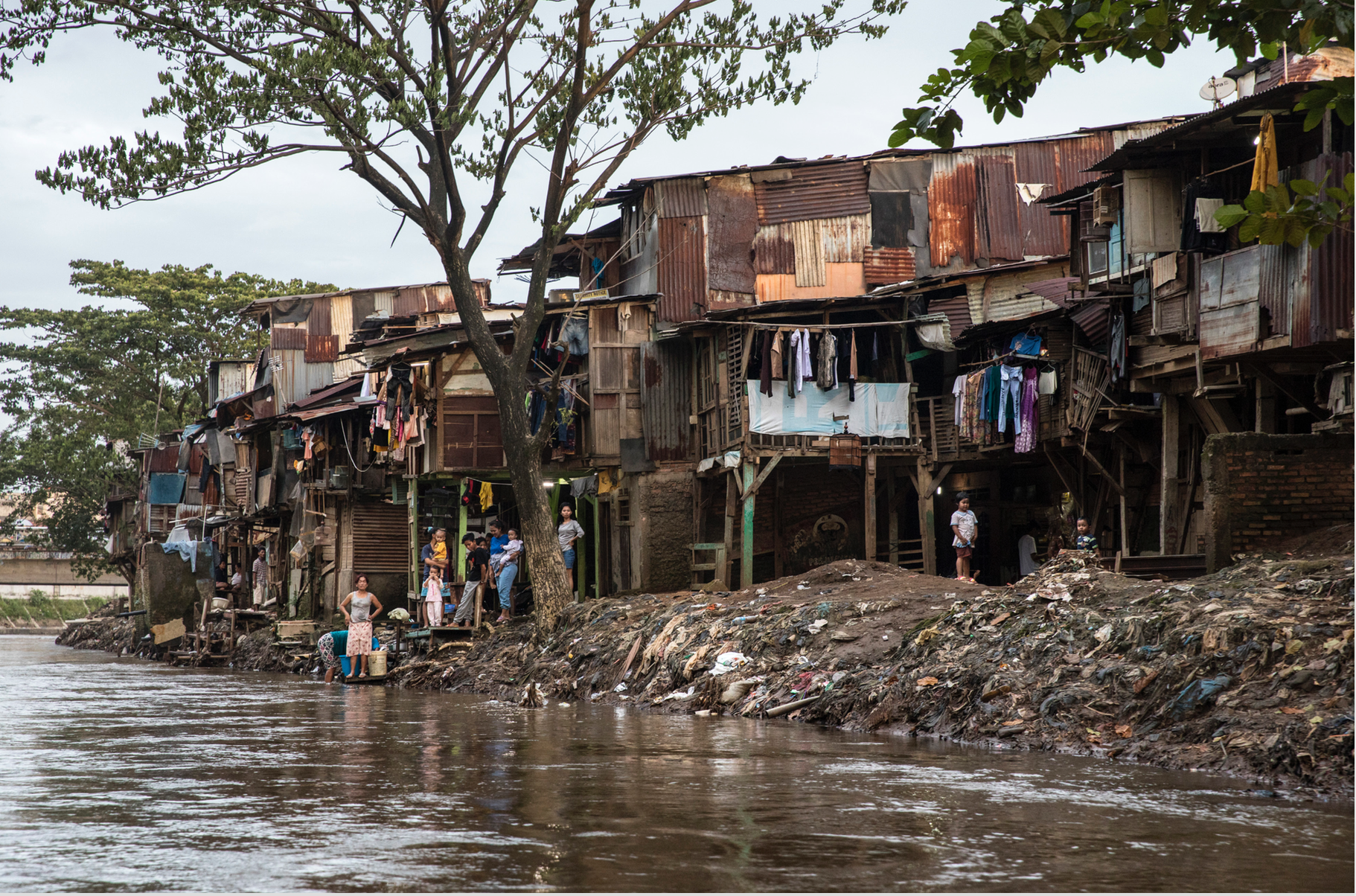 Illegal settlements on its bank are being cleared to create more room for the water. 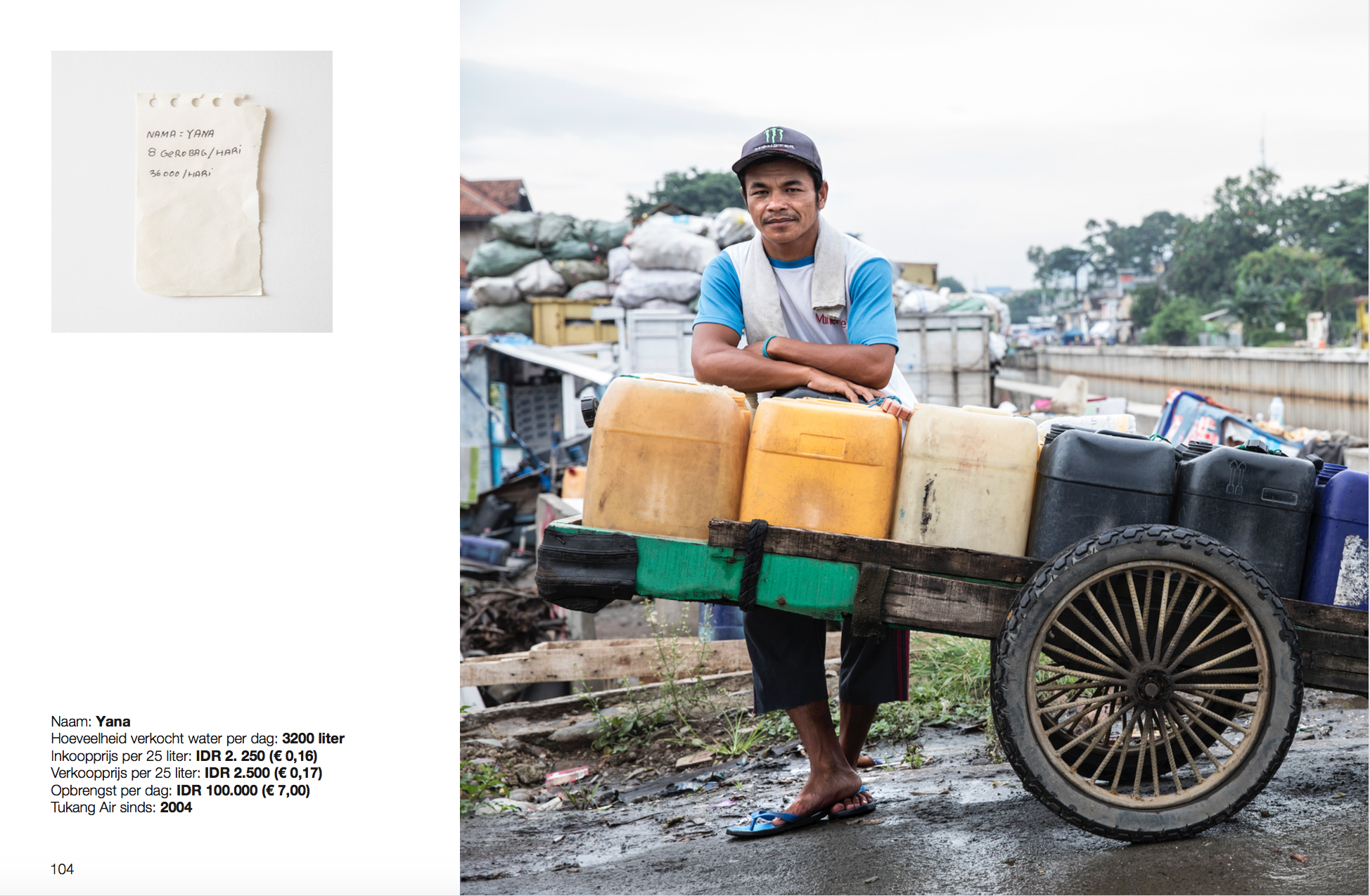 In parts of the city without main water supply, people rely on ‘Tukang Air’ (watersellers). They fill their jerrycans at a central pump in the district an go door-to-door to sell water at a small profit. This water is only used for washing and cleaning. 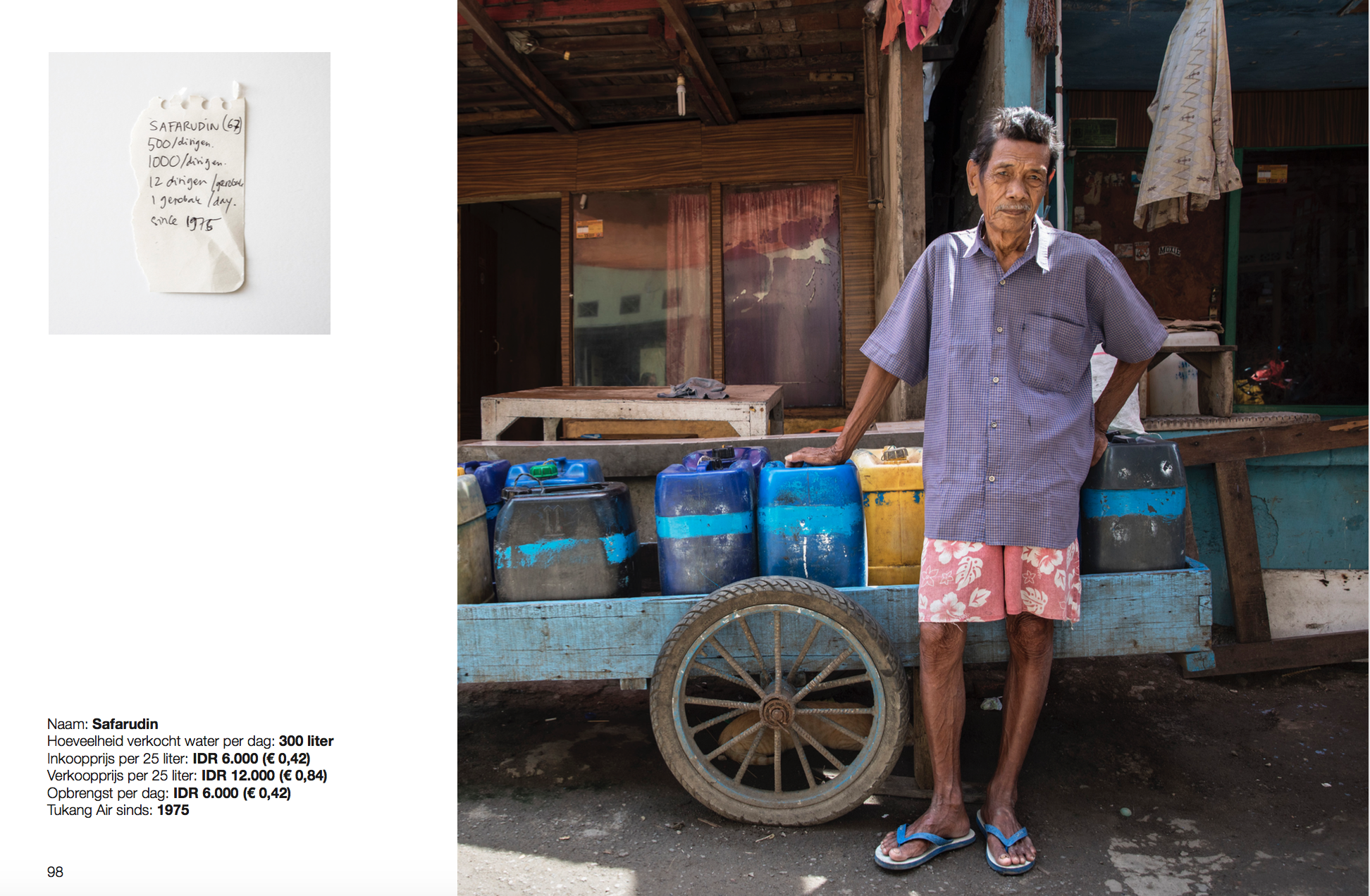 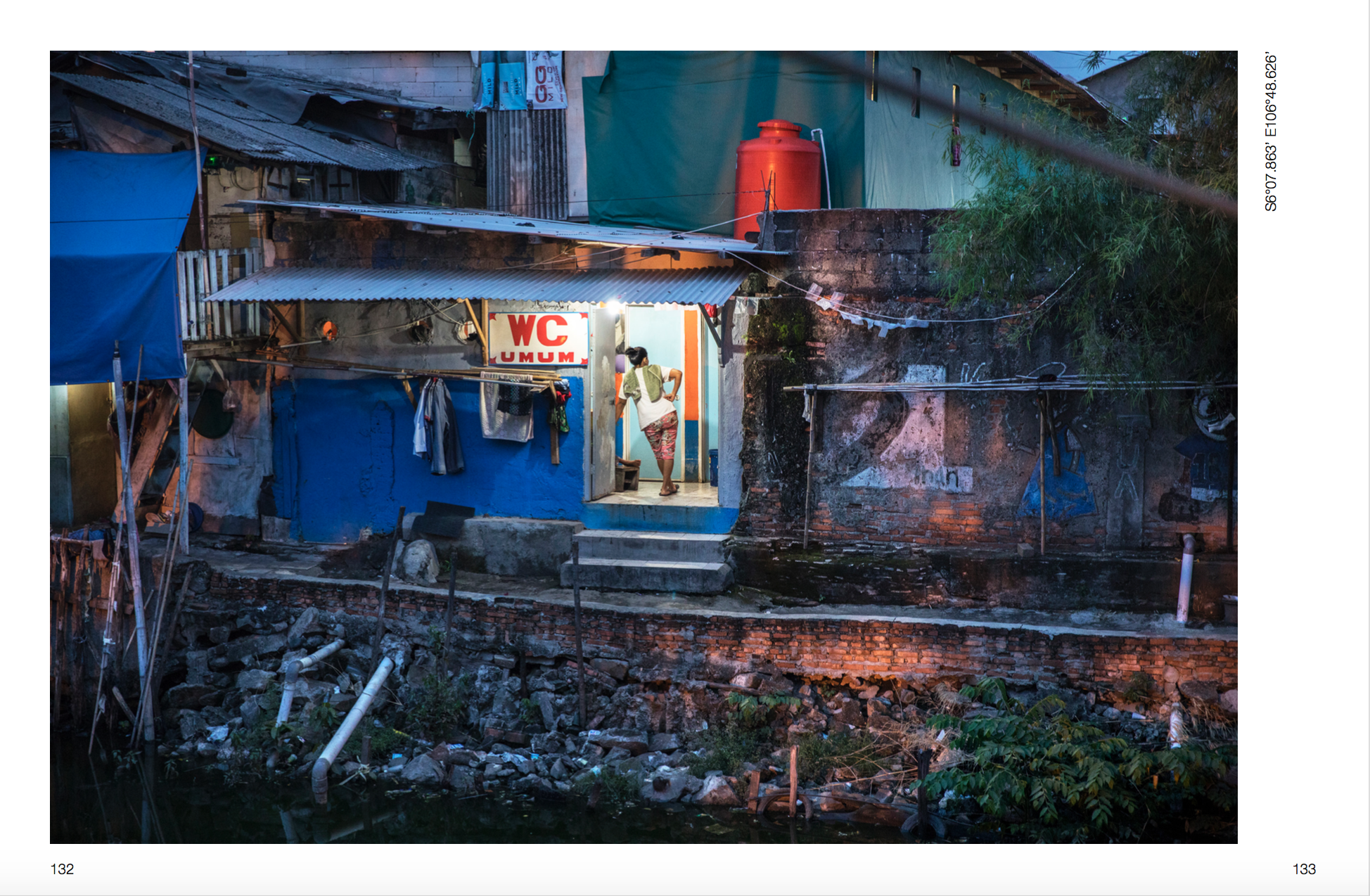 Many Jakartans have no sanitation at home. they have to go to the local ‘MCK’ block (bath, wash and toilet). It is not unusual for the facilities to be shared by over two thousand people. 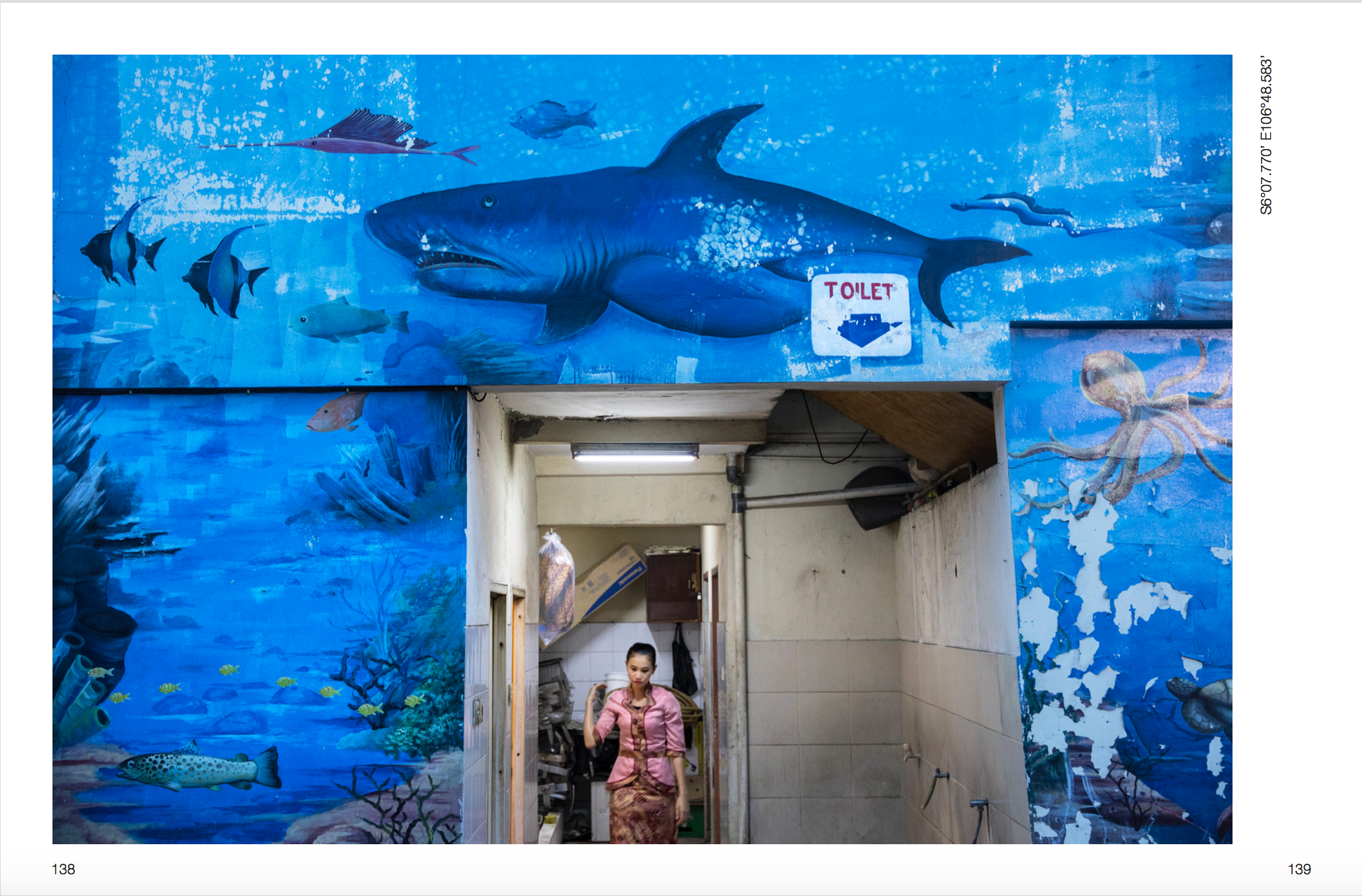 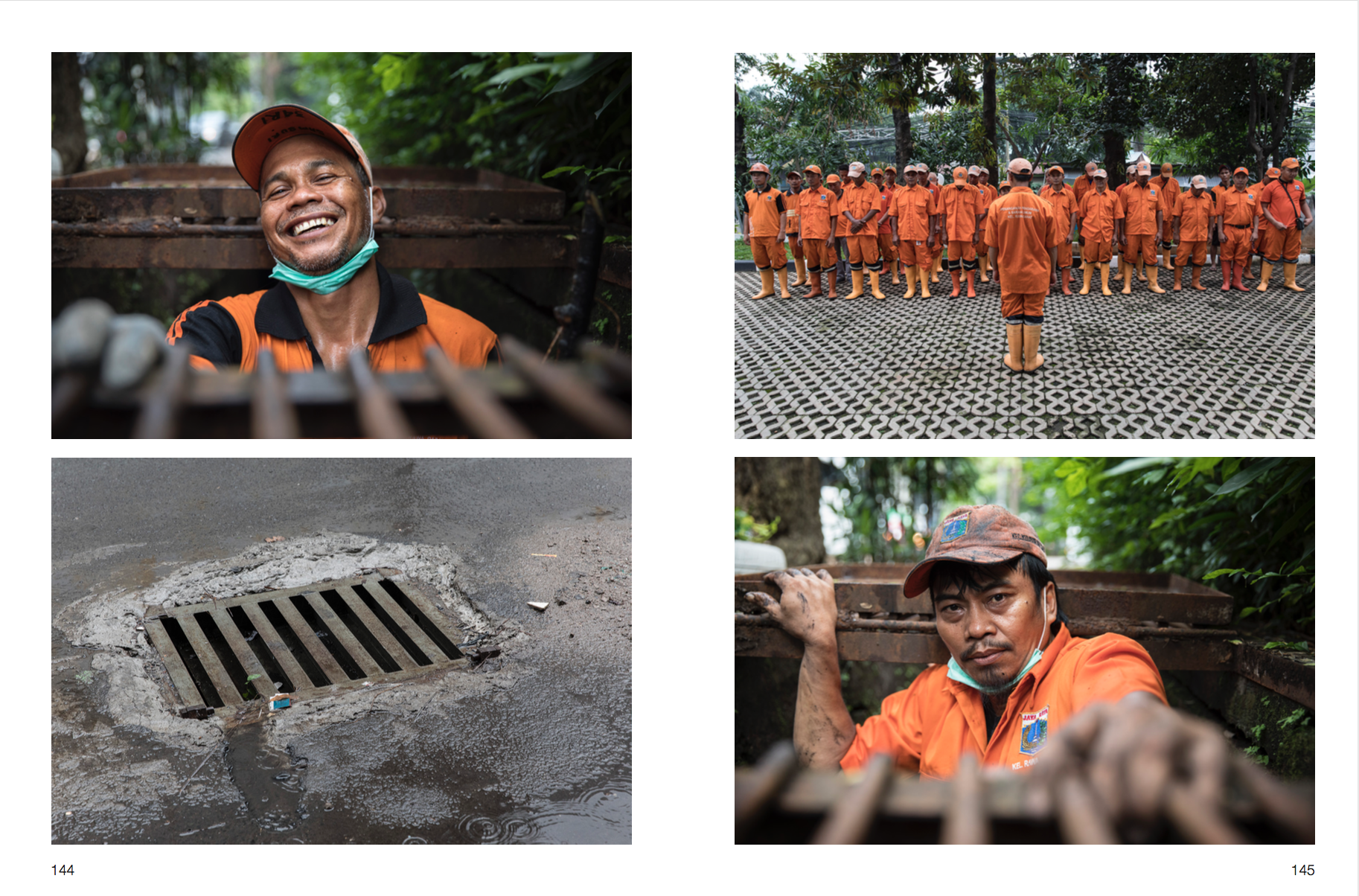 Jakarta recruited an ‘army’ of 18.000 people to keep te city clean. Every day they take to the streets and in the gutters. 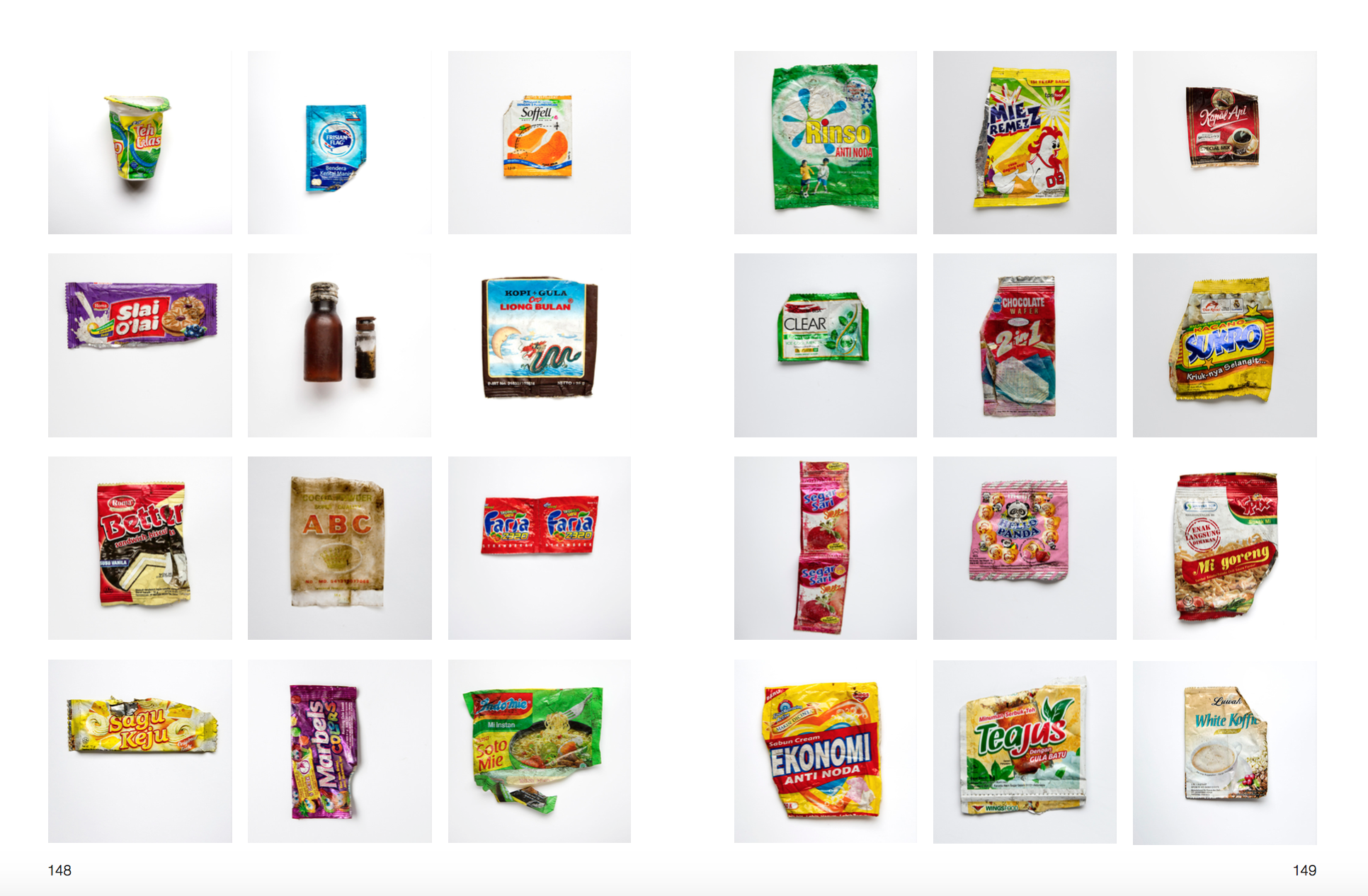 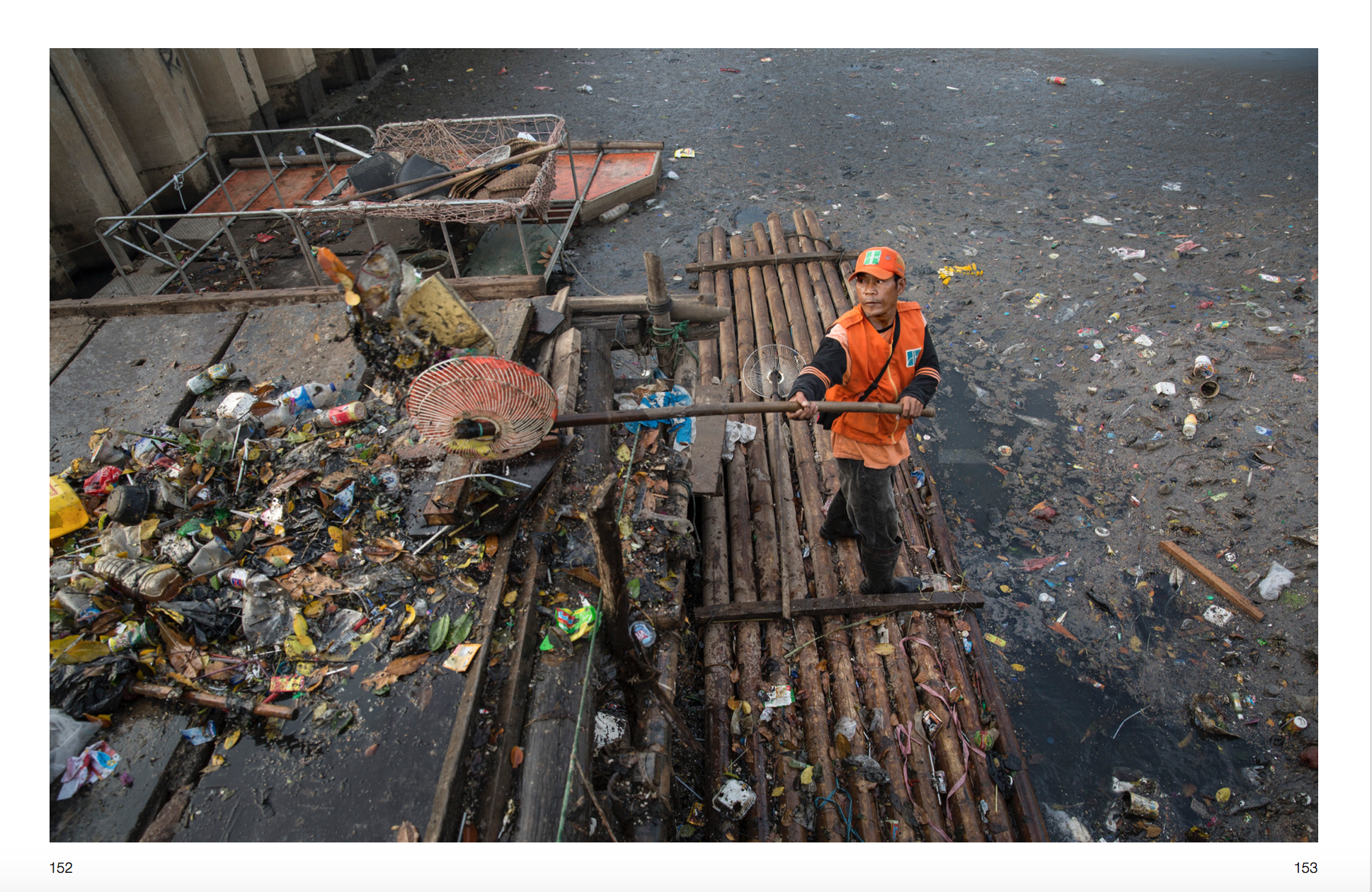 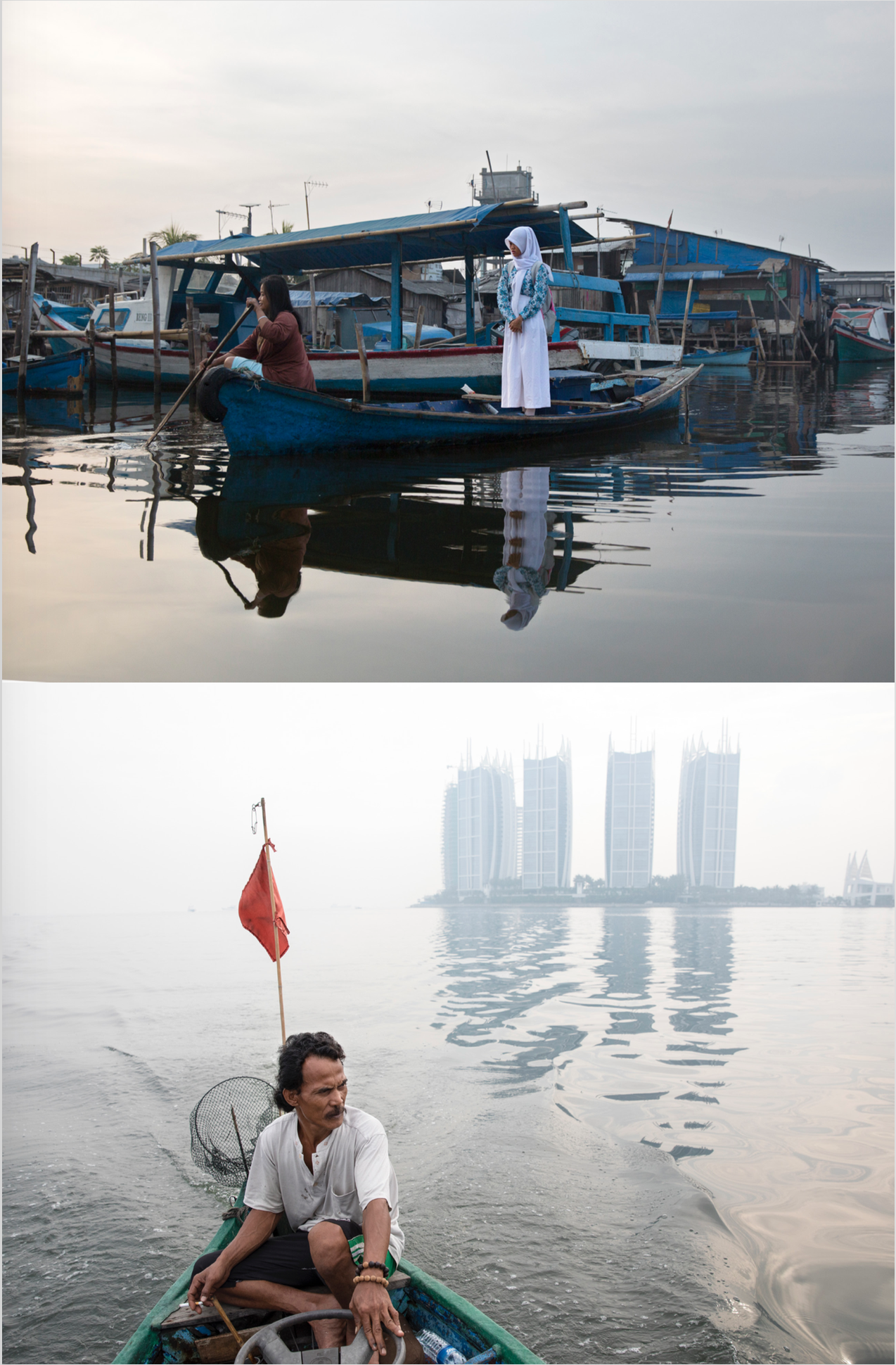 Jakarta is sinking due to severe subsidence and so its existing seawall. A new seawall is being built in Jakarta Bay to protect the old one. 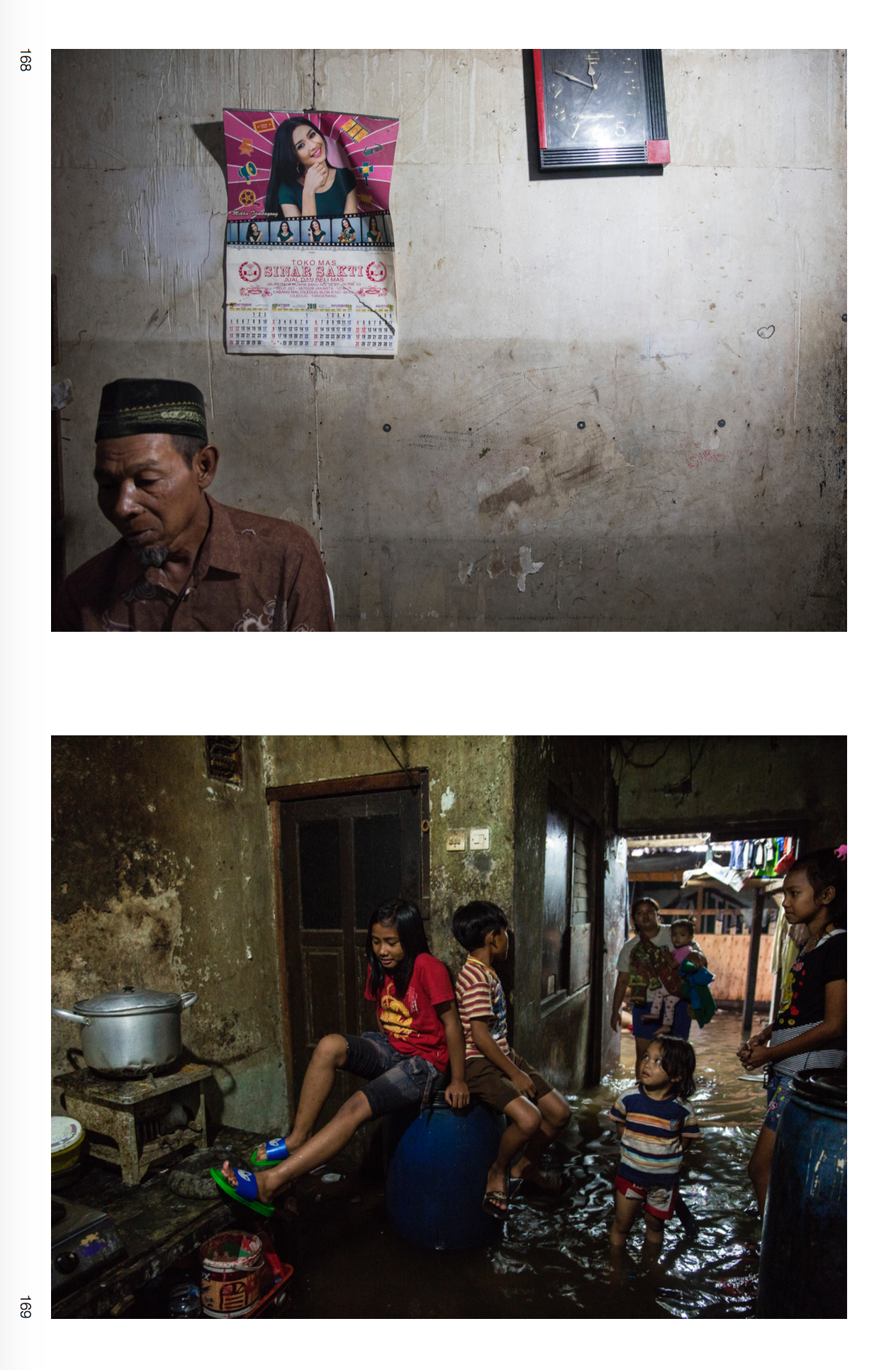 Background
When I was asked by Witteveen + Bos to work on a concept, photograph edit and design a book about this, I was thrilled. This book came together with designer Ben Krewinkel,  Peter van der Mark, Antoinette van Kolthoorn and Mr Henk Nieboer It is published as a token of gratitude to Mr Henk Nieboer, who stepped down from the Witteveen + Bos Board of Directors having served his term.