Introduction
Restaurant Golden River, is run by the Wong family. It’ s a typical traditional Chinese restaurant once seen in every village in the Netherlands. Already in the 1920‘s the first Chinese restaurants appeared in harbour cities like Rotterdam. After WW2, they become more popular due to the repatriation of Indonesian families who after the Indonesian indepence moved back to holland. Once the favourite family restaurant because of its big portion sizes and cheap prices, now these restaurants are disappearing fast and are taken over by all you can eat sushi places and stir fry restaurants. Scroll down to read my personal story of the making of this project. 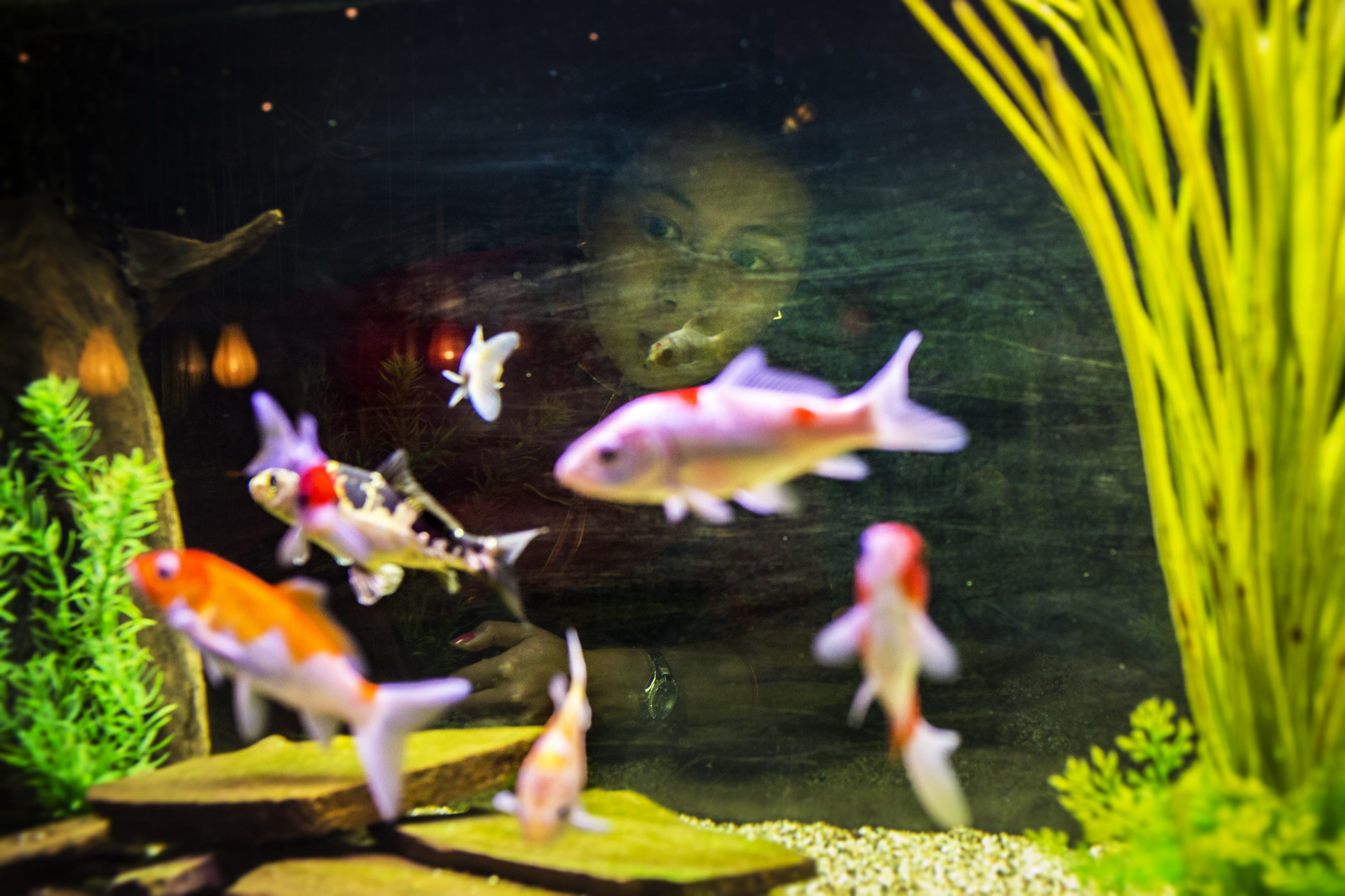 Aquaria and flowing water bring good fortune and luck according to the Chinese culture. 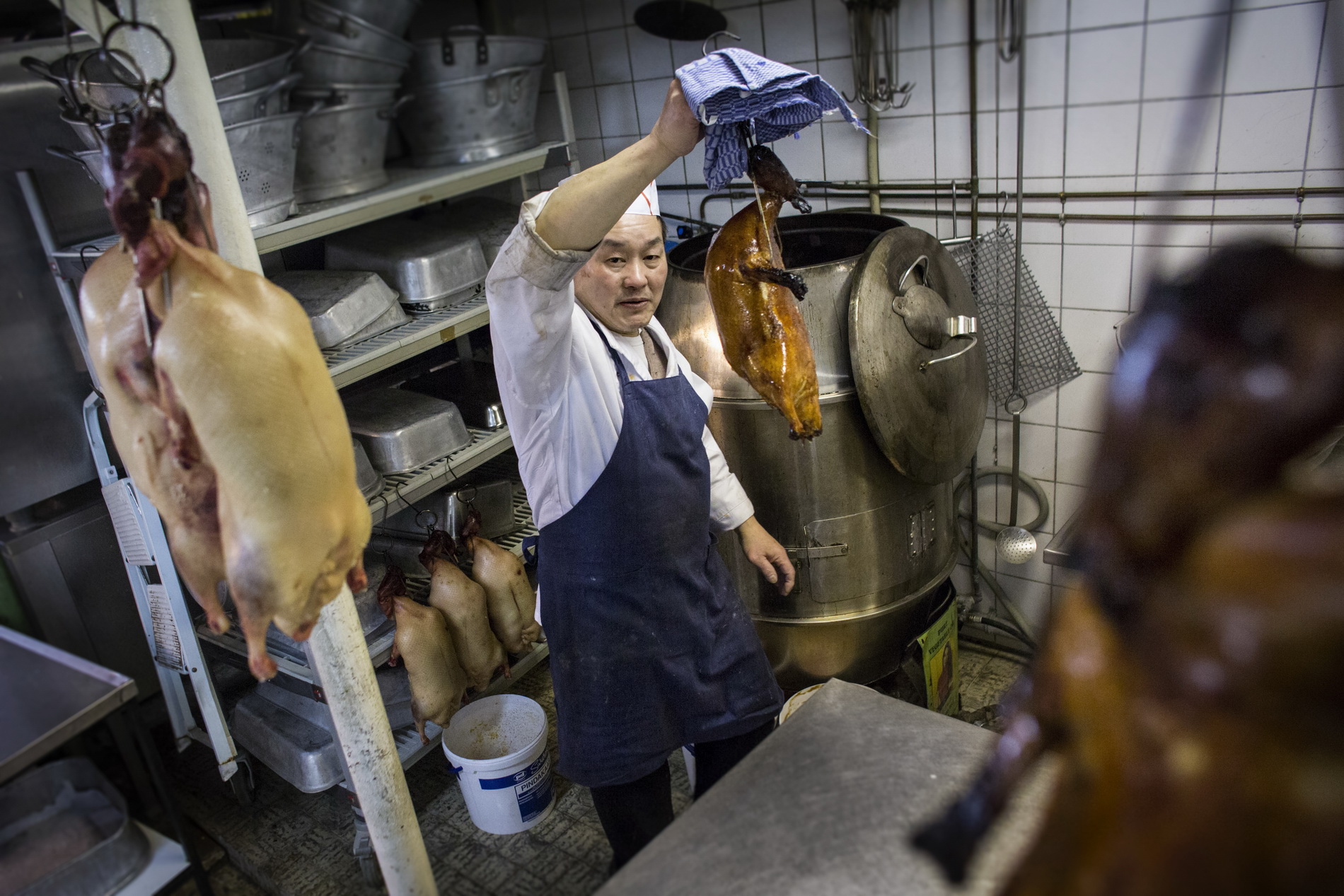 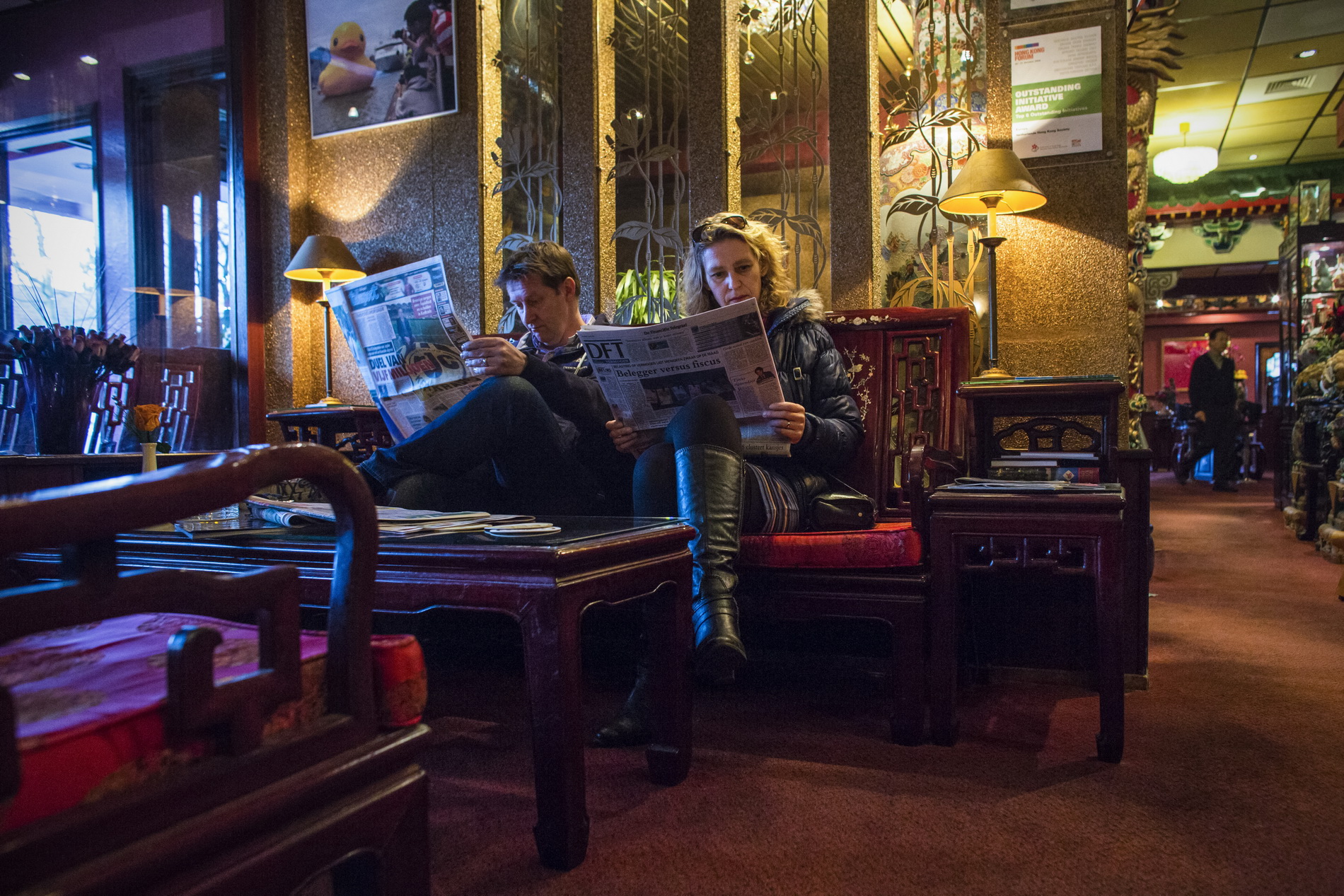 People are waiting for their Take Away to be prepared. 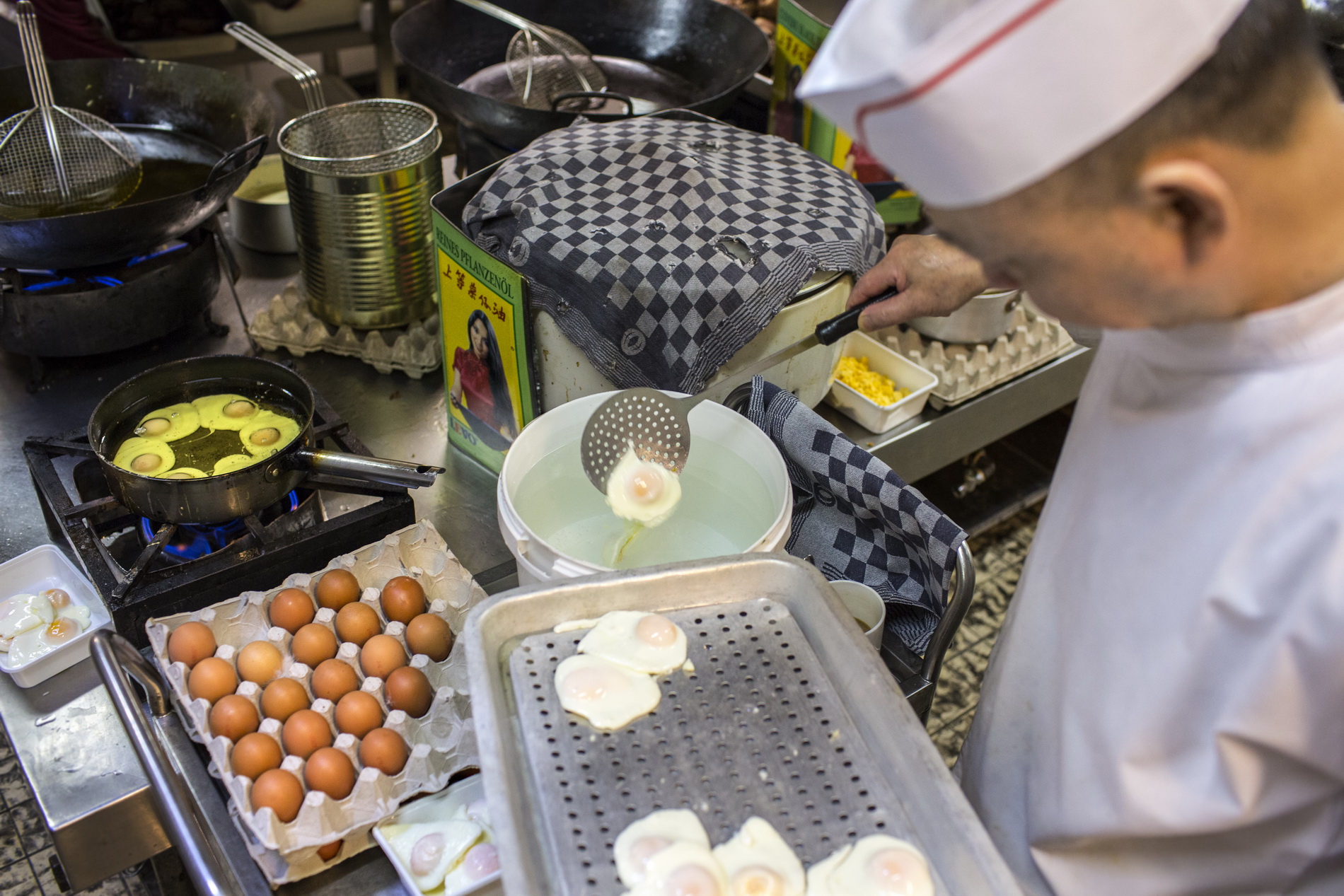 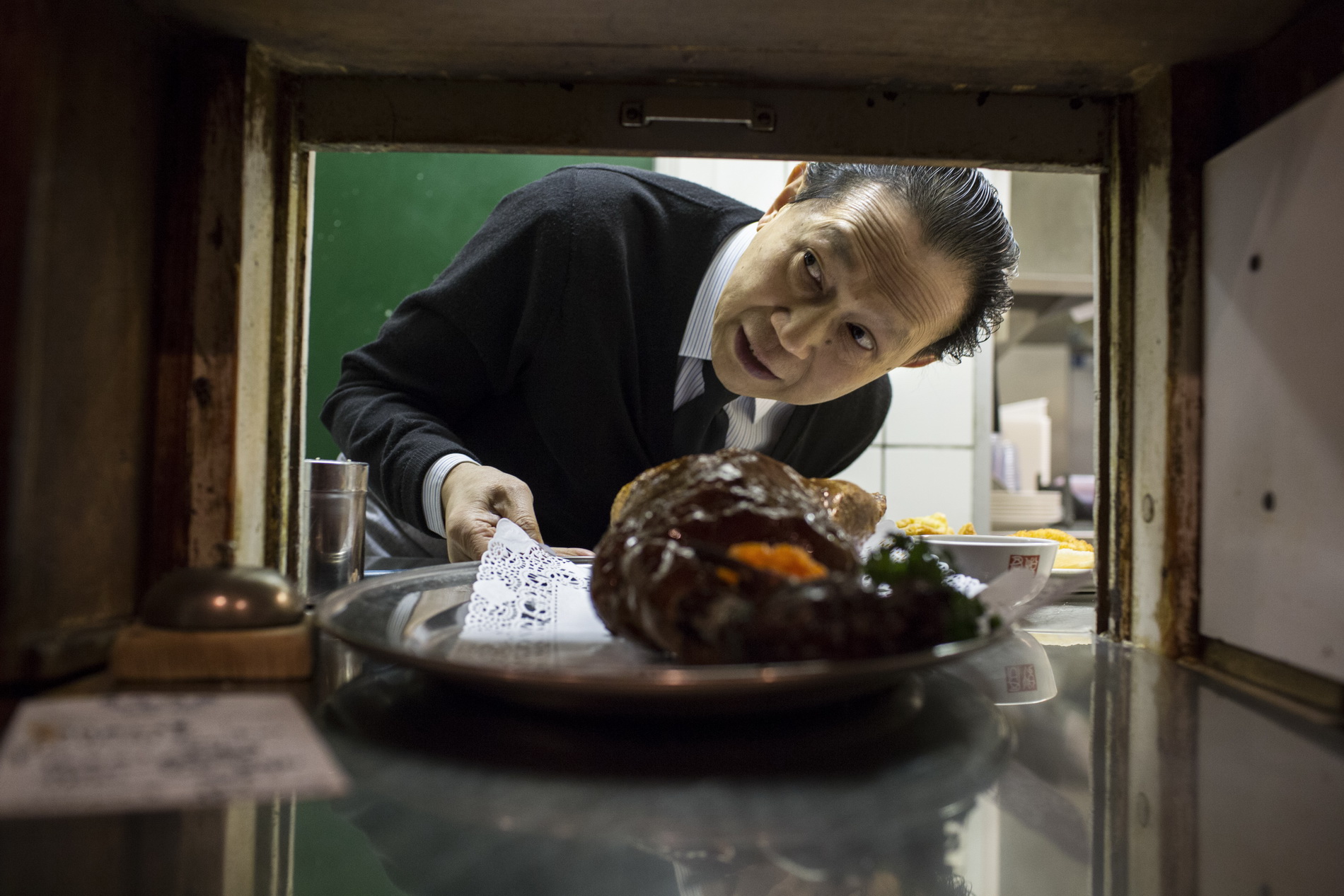 Mr Wong, the owner is asking for waiter service. 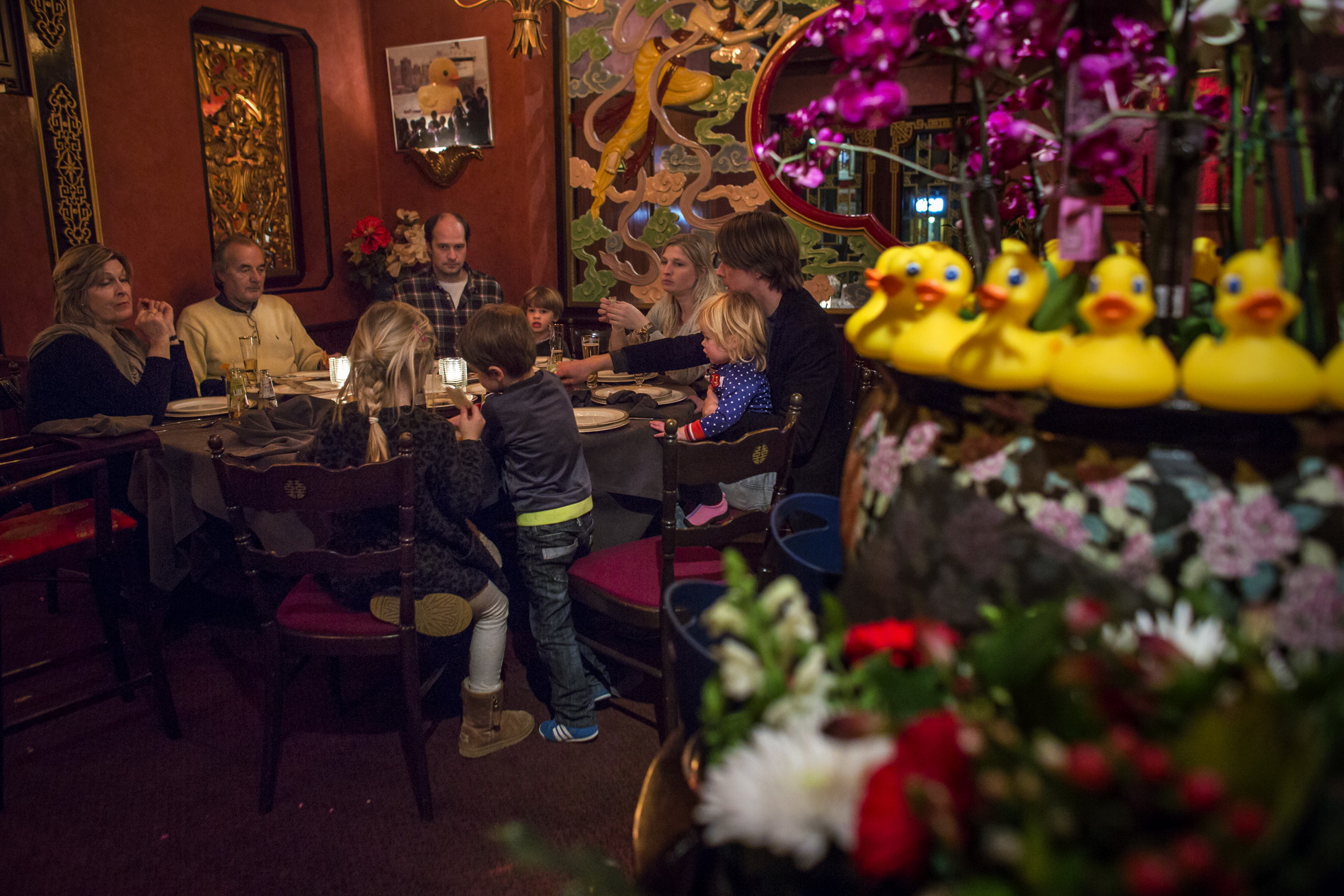 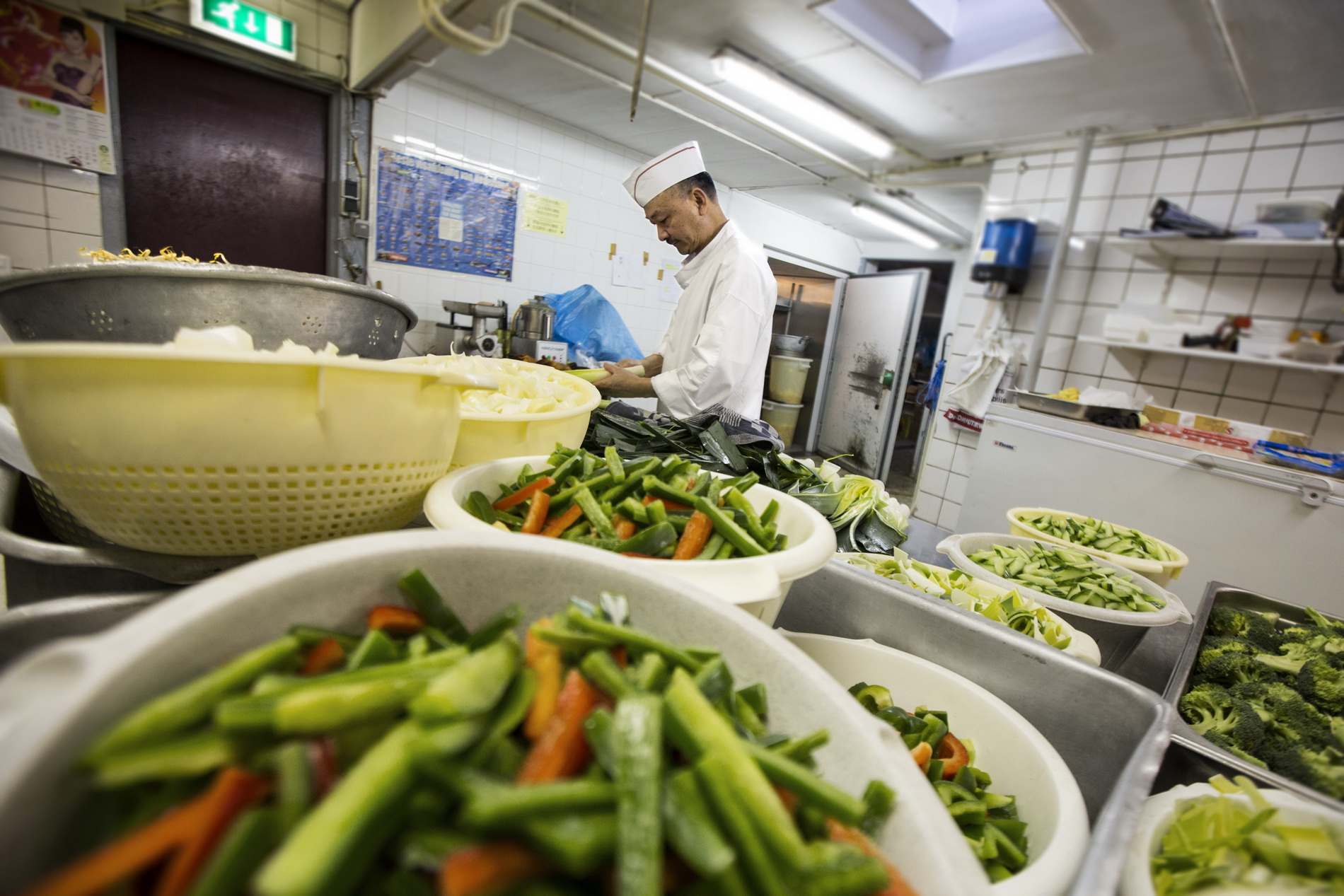 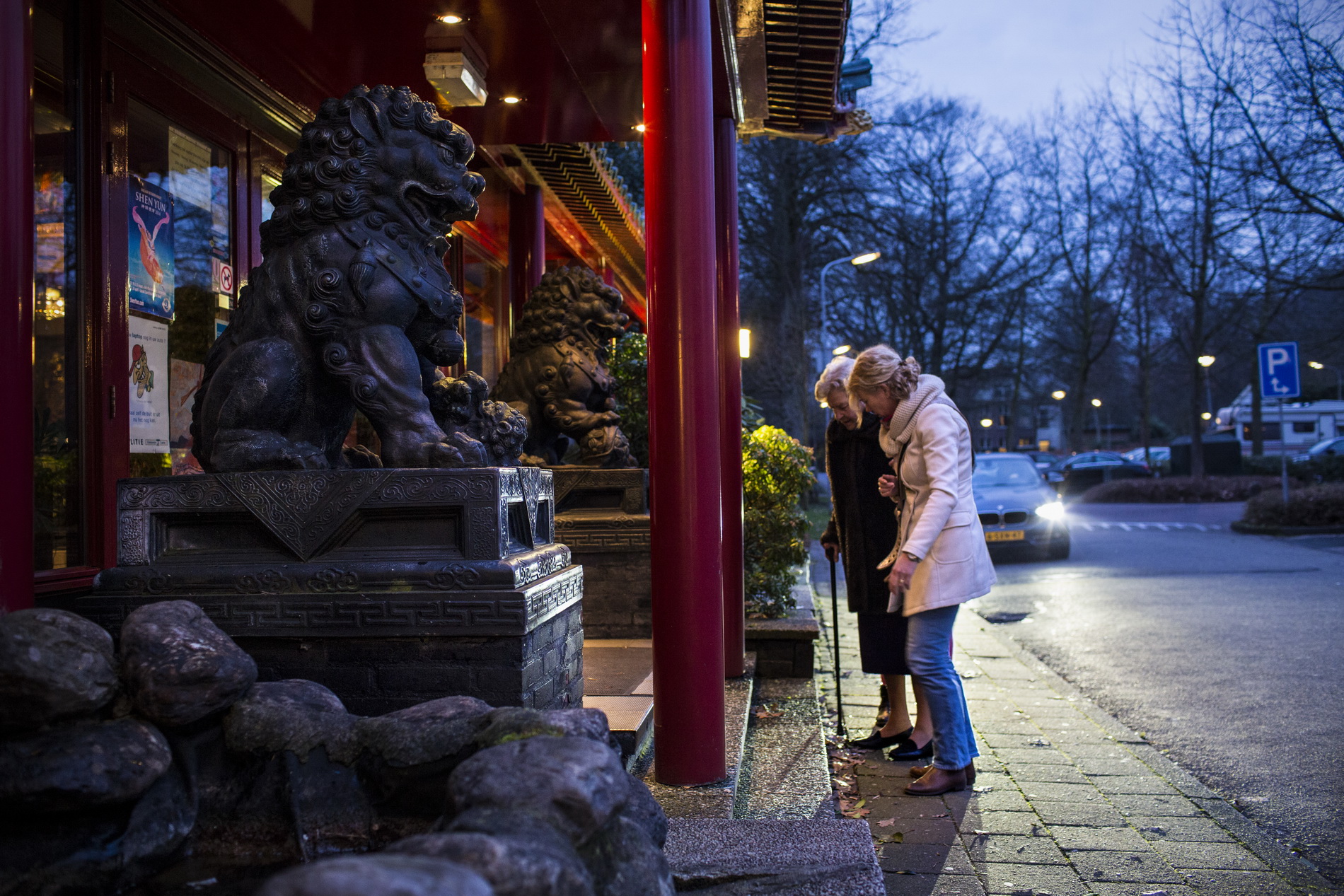 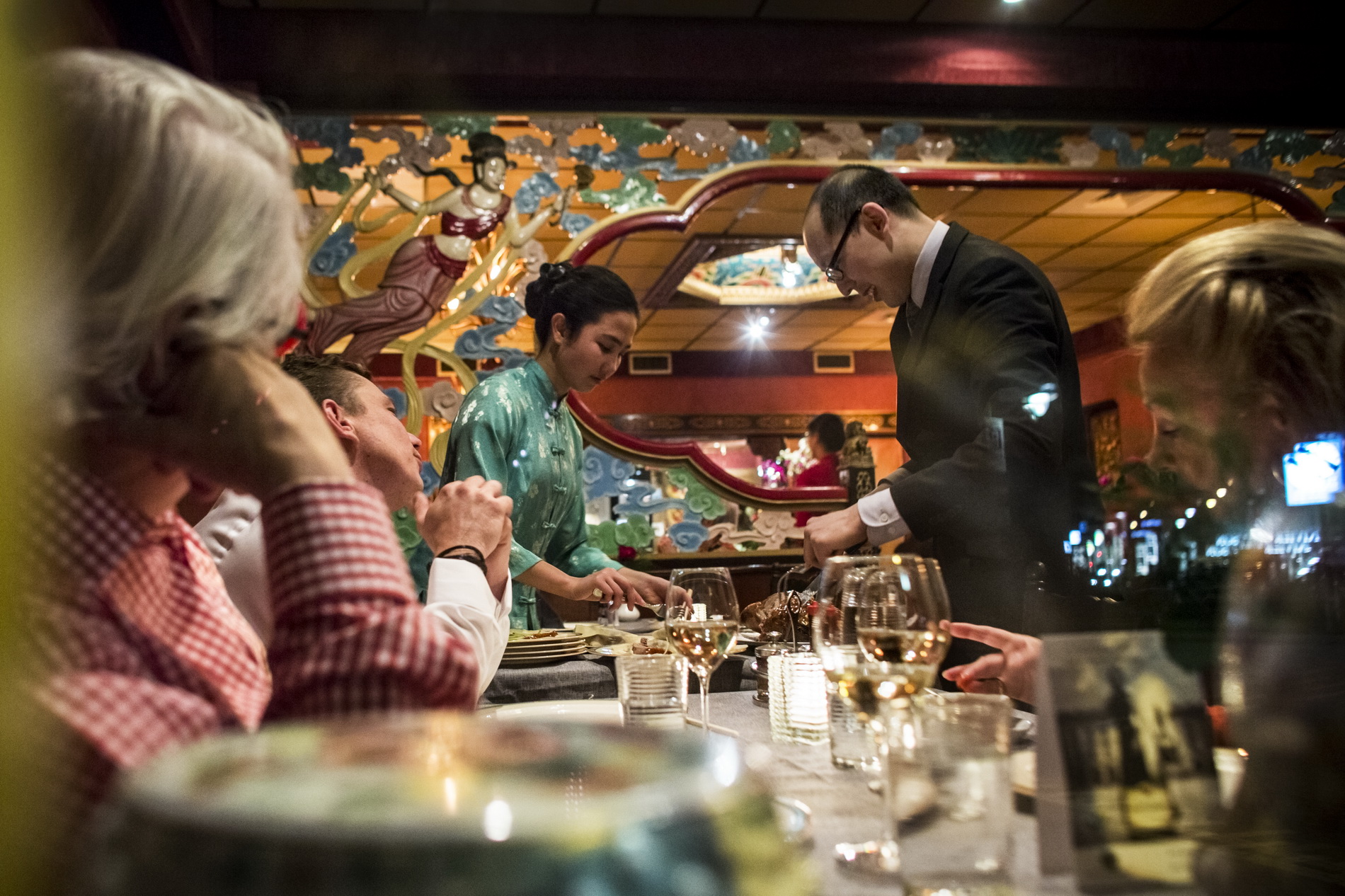 Peking Duck is carved at the guests table. 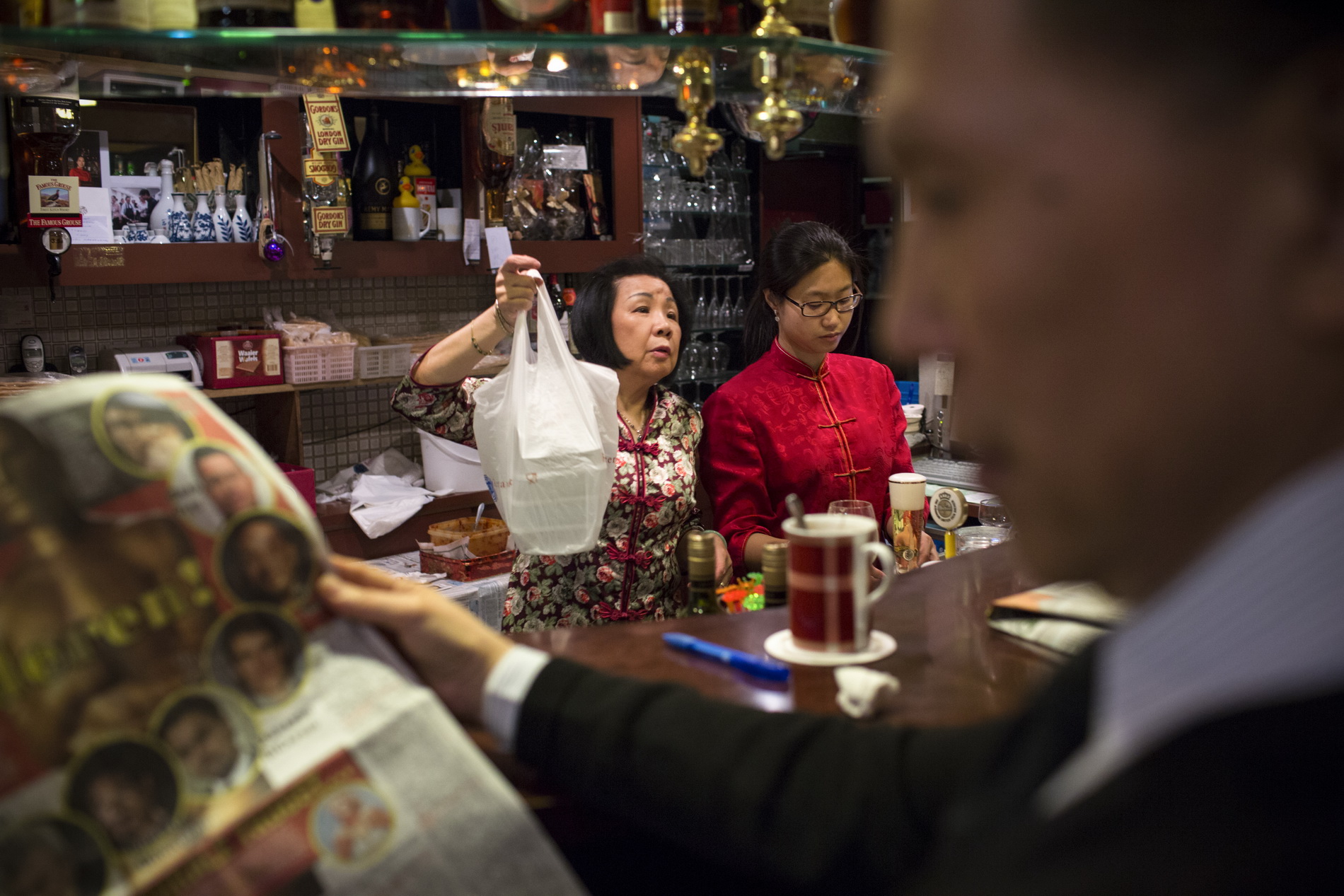 Take away is handed over to client. 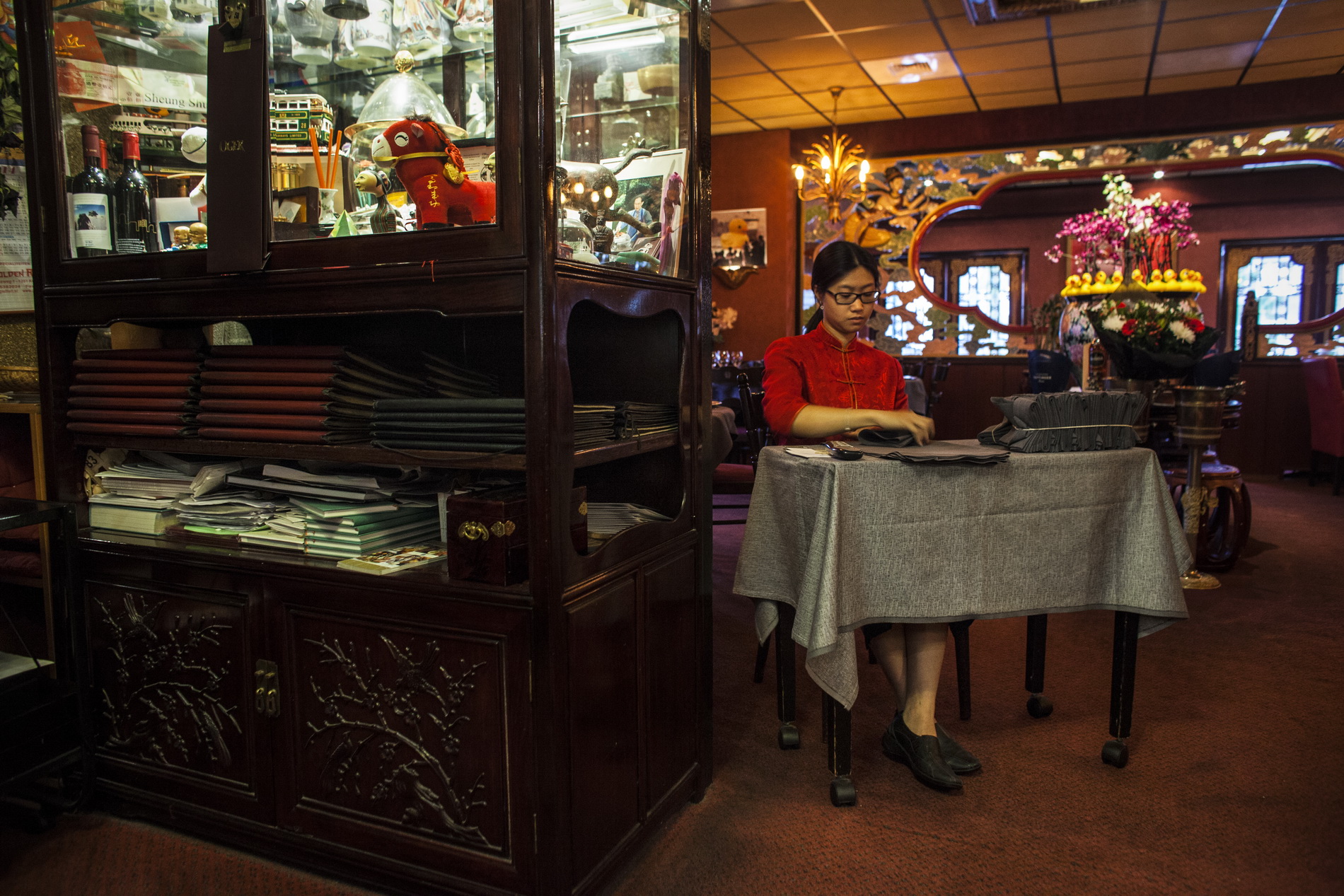 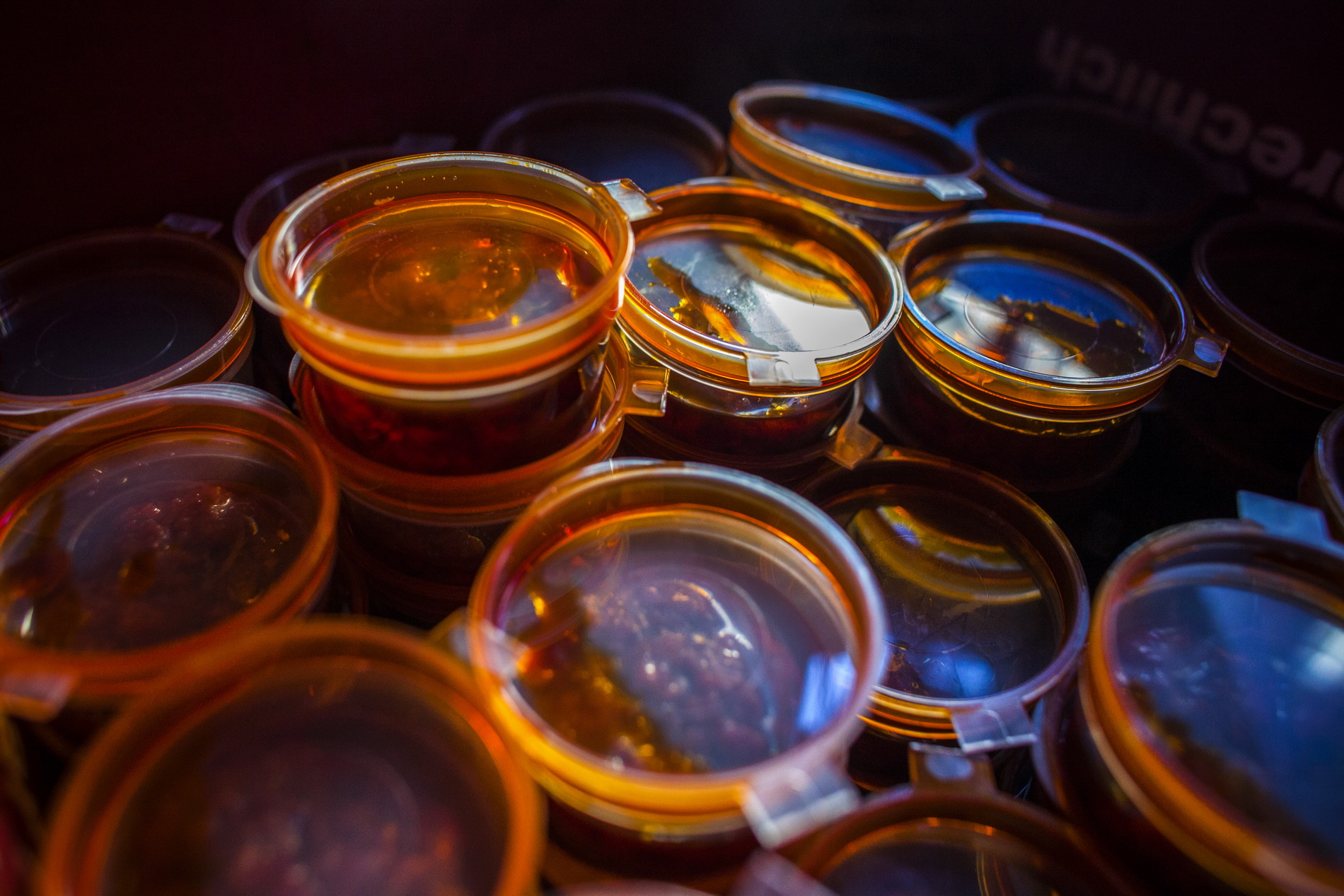 My personal story ‘Bij de Chinees’
“We’ re planning a reportage about the disappearing Chinese restaurants in the Netherlands and we would like you to make it.” With a smiling face I am sitting in Aarts office, the editor in chief of National Geographic Netherlands. “However, we do have some wishes; it must be typical traditional looking restaurant with dragons, mini ponds with coins in it, napkins folded in the shape of birds, carved carrots, red fairy lights and sambal in tiny plastic bags,  we want all the cliches.  Oh, and there must be an aquarium too”. Confident I would find a such a place on every street corner, I ended up driving around the country for two weeks. Usually in the evening so I could peak through the windows without getting noticed.  No luck, there was always an element missing. It would be a photostory with little text so it had to be visually interesting and big enough to fill up a few pages. The better the pictures the more pages are made available. I had almost given up finding all those cliché s untill I came across Restaurant Golden River in Laren. Sure, I was a bit nervous explaining the reportage and asking the owner permission to photograph everything: from kitchen to guests, what if he would say no? Eight full days I spend in the restaurant and kitchen; photographed hundreds of cucumbers being chopped up, tasted too many springrolls and the highlight; witnessing the peking duck being pumped up with a footpump – yes the same one as used to pump an airbed- “Get air in to make skin crispy” Little did I know it would take 2 days to prepare the duck, I will spare you rest of the details, although they are interesting. Walking around with a camera taking pictures of people while they are eating is not always appreciated; the sight of just the camera made some customers annoyed and even rude sometimes. Very happy Mr Wong did all the explaining for me. Most memorable guest ? The pastor eating his Sunday lunch after mass; regular table, newspaper, glass of fresh juice. You won t believe it, sun came out and a ray lit the table, I think I have taken over 90 pictures of him, if not more.  After a hefty discussion – as NG wanted him out- glad he did make the final edit.