Introduction
In Afghanistan a woman dies during labour every 29 minutes. This is one of the highest maternal death rates in the world. Due to women’s poor accessibility to education and healthcare, and the lack of qualified midwives. In the conservative city of Tarin Kowt (Uruzgan), a dedicated women’s wing was added to the provincial hospital in 2008. Women can go there for treatment, sex education and maternity care. There’s also a vaccination programme, and young women are trained to become midwife here. The Taliban considers women to be less than second-rate citizens. Although officially dispelled, the Taliban’s influence is still felt everywhere. In traditional parts of Afghanistan – like Uruzgan – women only see very small improvements to their lives. Where women and girls are allowed to show themselves in public, they can only do so in the presence of their husband or a male relative, and they are required to wear a burqa. A visit to the women’s wing of the hospital is therefore not at all without risk. Being trained to become a midwife even less so. And still the women come. Still they finish their training and start their jobs. Despite their vulnerable position they have the drive and willpower to make a positive change in their lives. READ MORE at end of page. 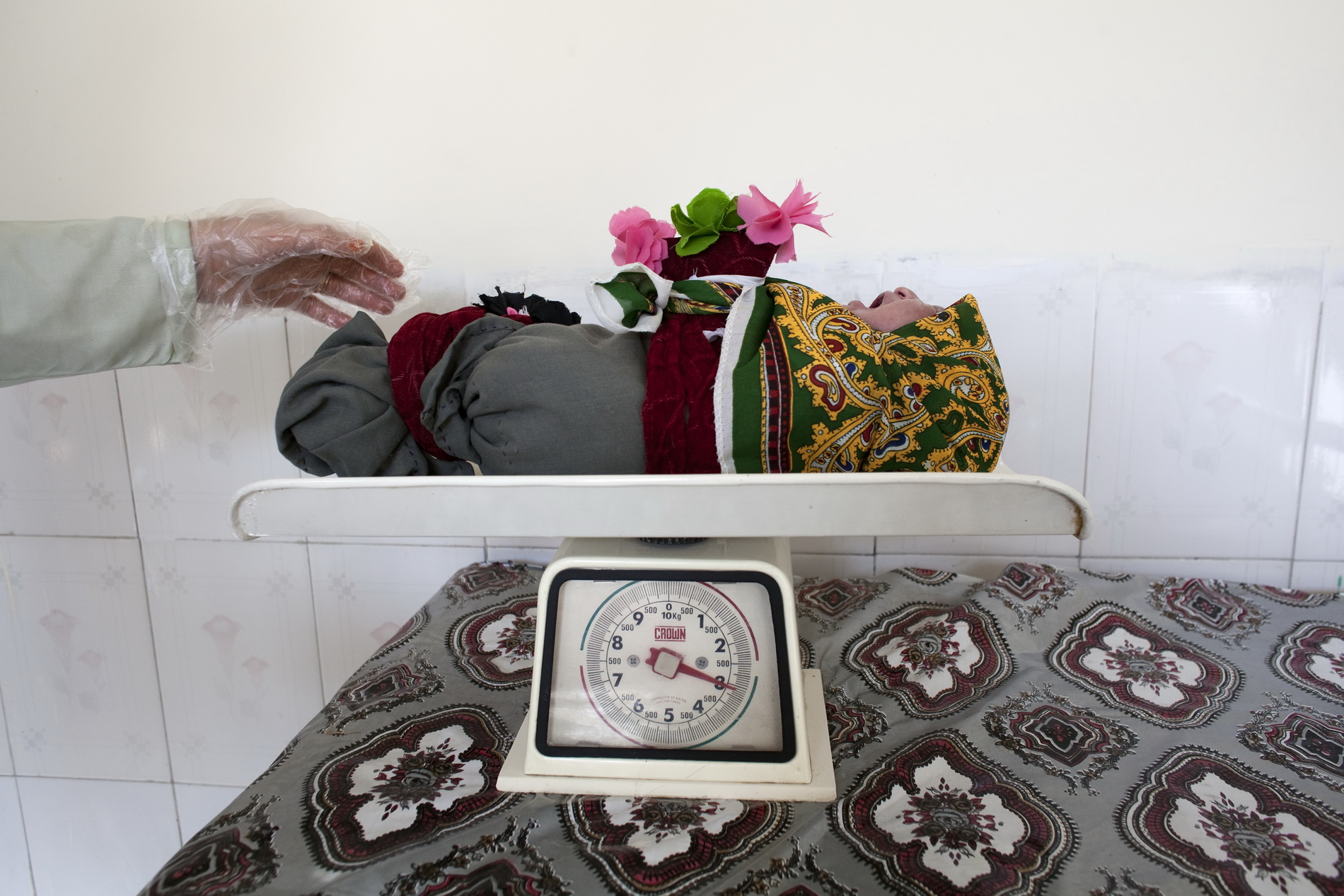 Womens Wing
Each day, the hospital’s women’s wing is visited by about 250 women. Despite a severe shortage of staff, the hospital doesn’t stick to opening hours. The hospital is open every day, except for Friday. This is a day of rest, when only emergency cases are treated.
The women’s wing is not just a medical treatment centre; because no men are allowed, women can get together here undisturbed and in private. They can discuss their every-day problems and physical handicaps, but also just the latest gossip. 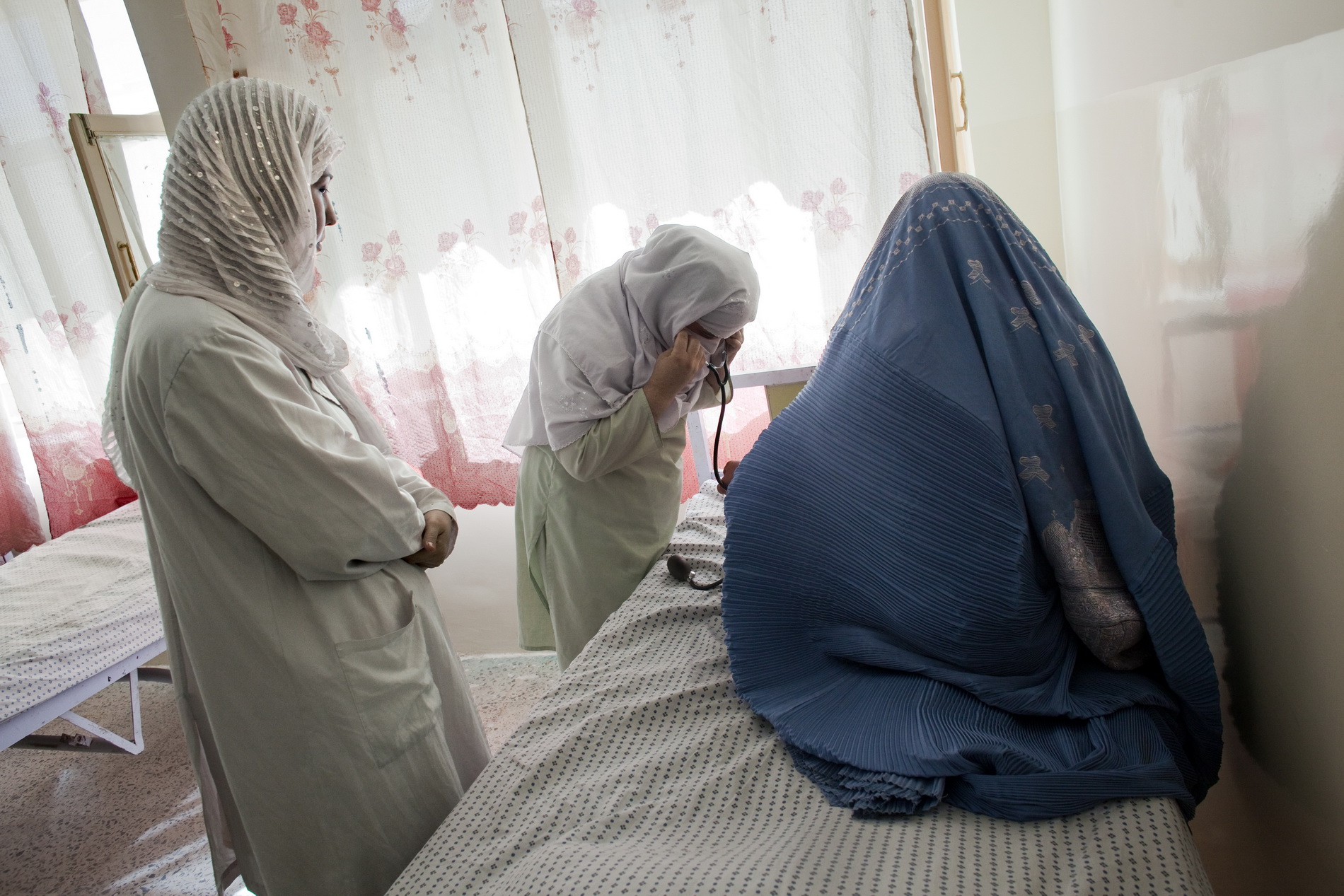 Supervised by a qualified midwife, a student practises the use of a stethoscope. 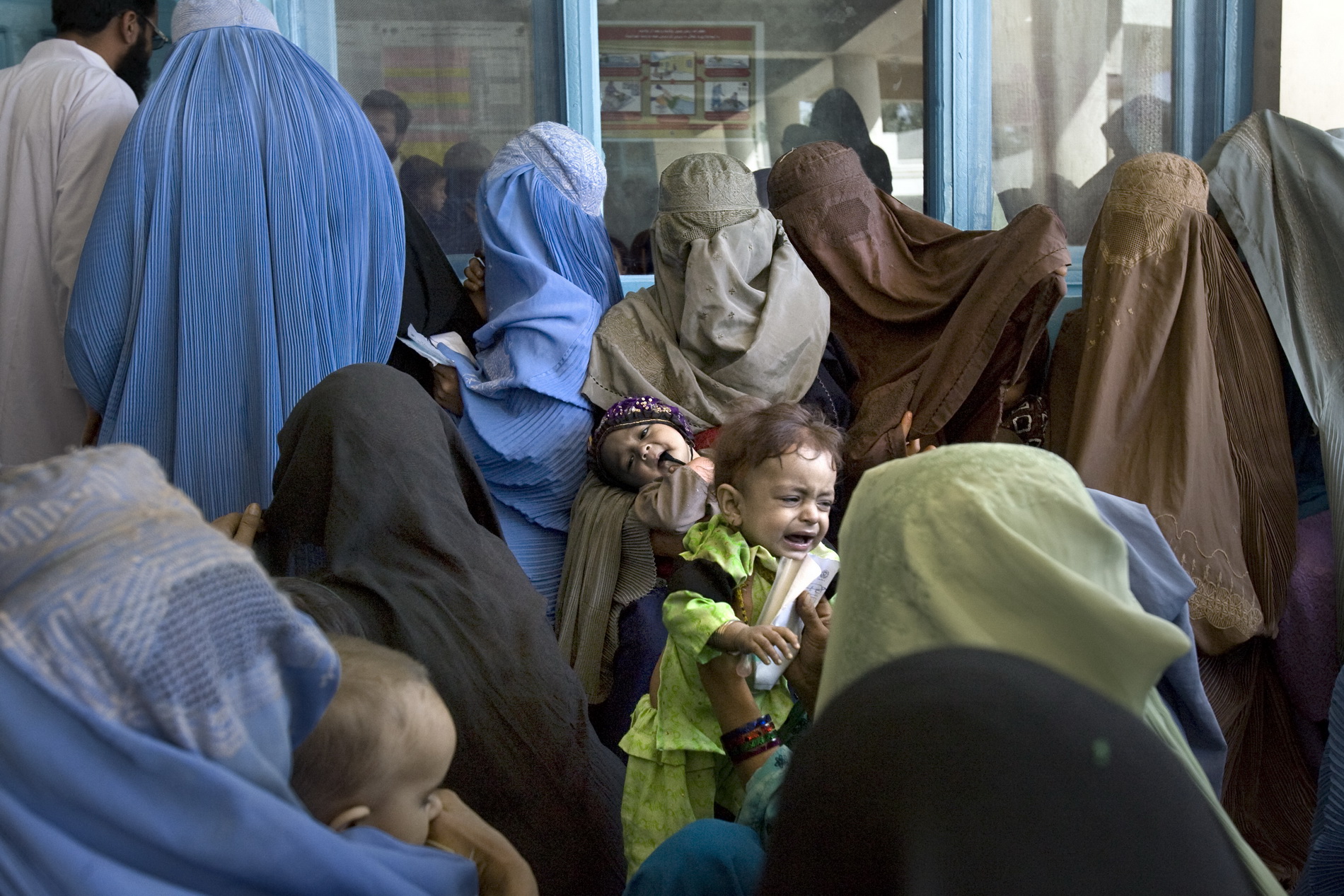 Women wait to be treated by a doctor. 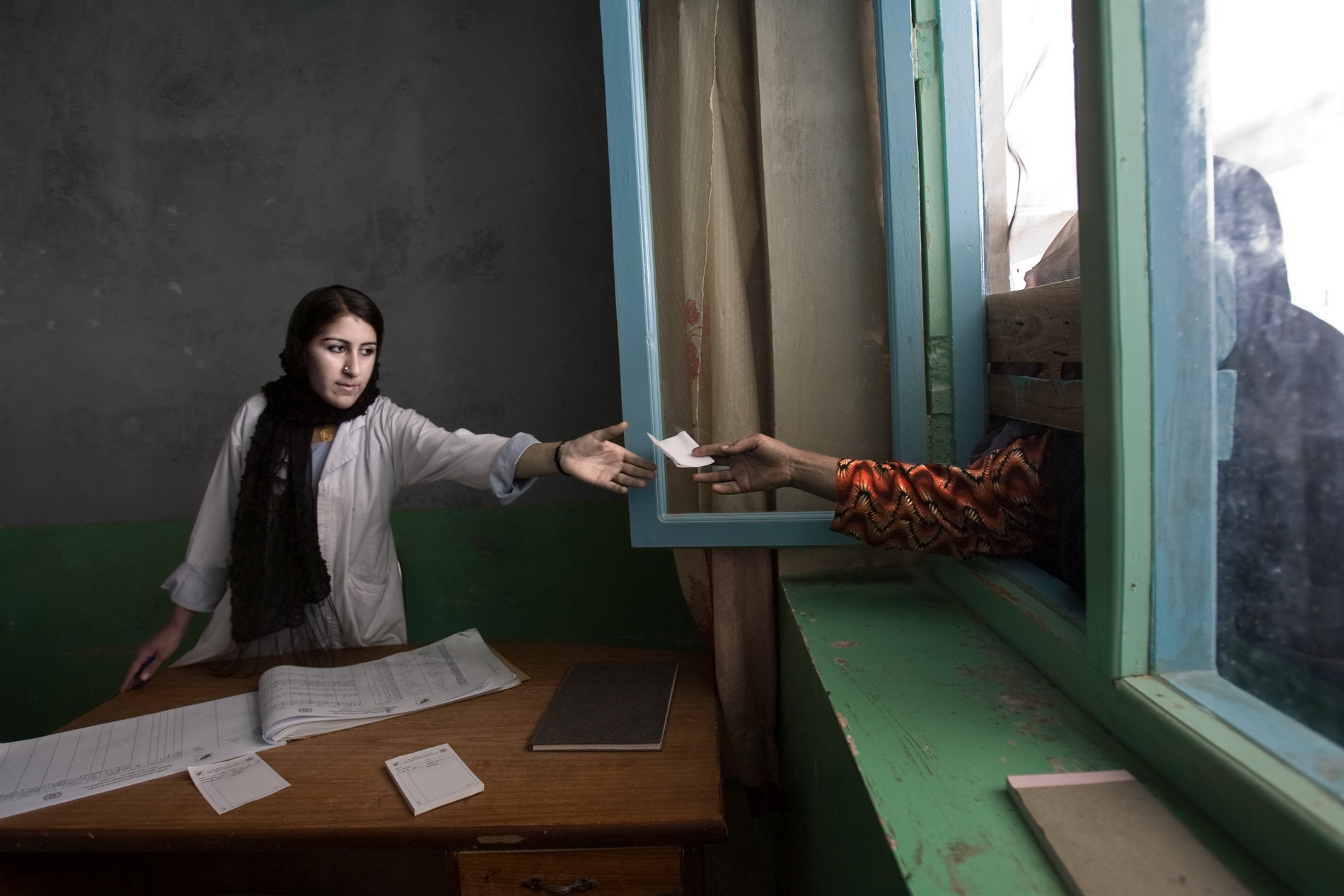 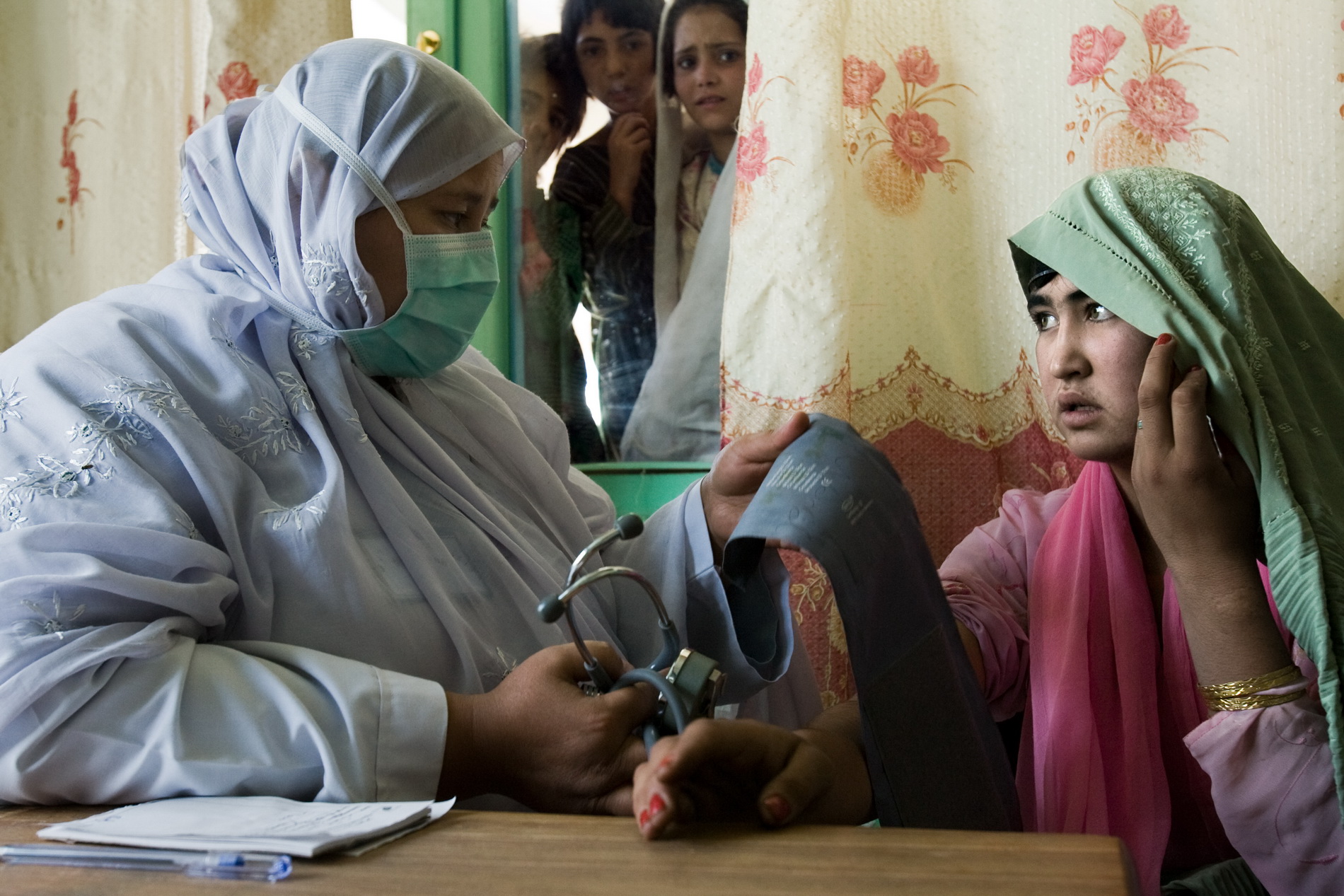 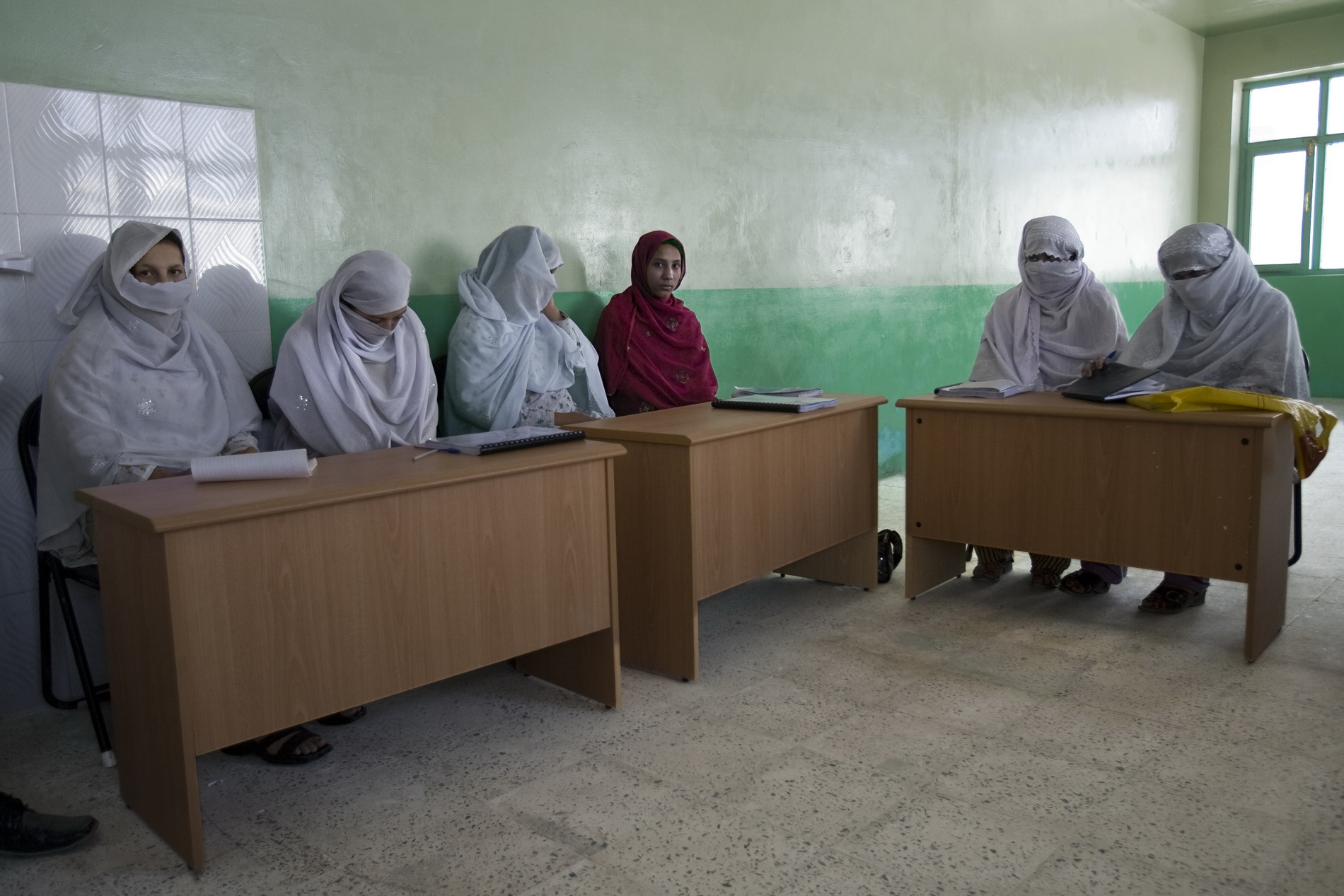 Hospitalisation
Afghan women’s lives are not easy, and their situation often leads to depression. Depression occurs among women twice as often as it does among men. But even though a woman is suffering from physical or mental problems, her family will not easily agree to a hospital visit. Day treatment is sometimes deemed acceptable, but an overnight stay is virtually unheard of. And should a woman be admitted for treatment, her female relatives will look after her. They will stay with her through the night,
and sleep on the floor beside her. 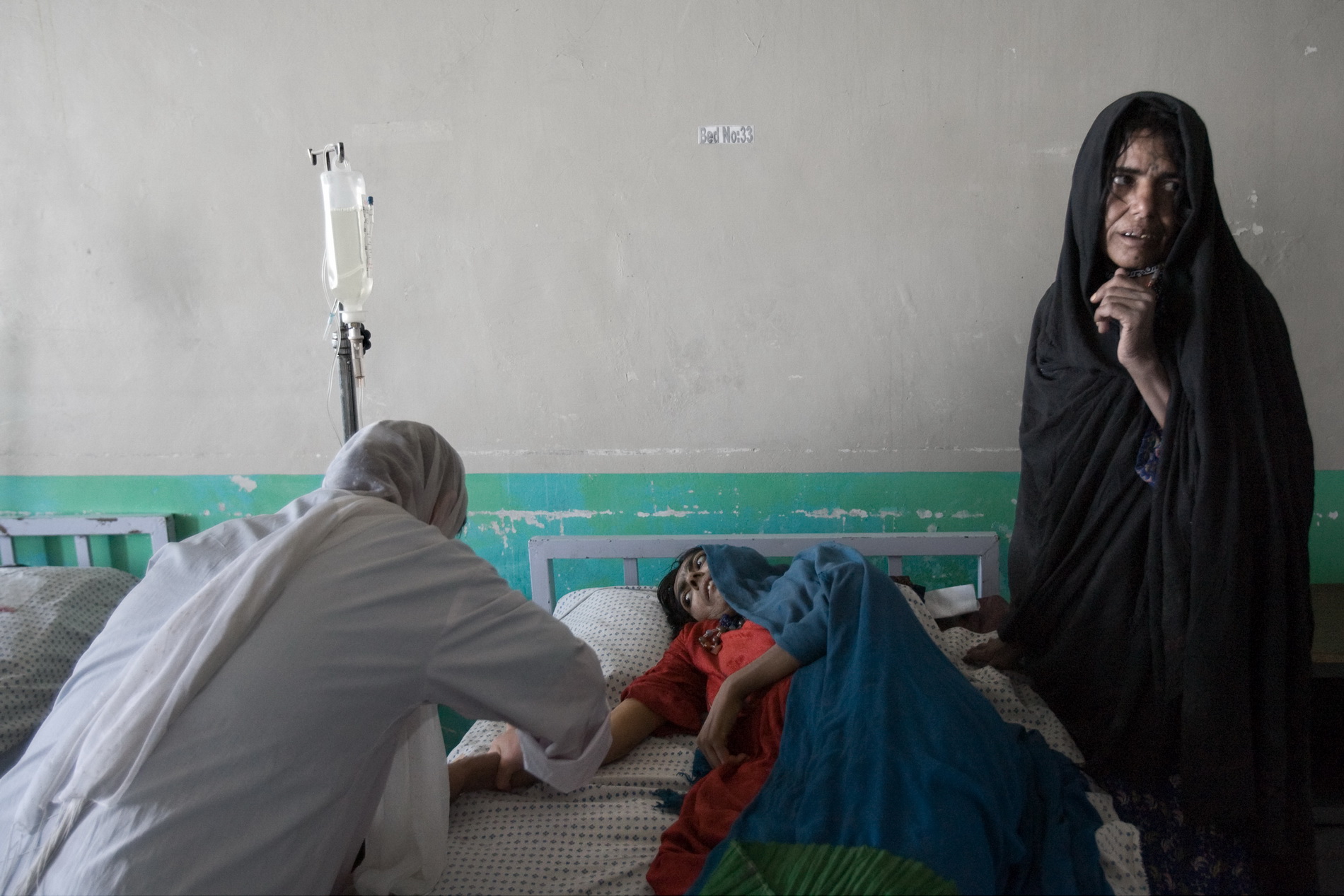 Under the watchful eye of her sister, a woman is being given/administered plasma. 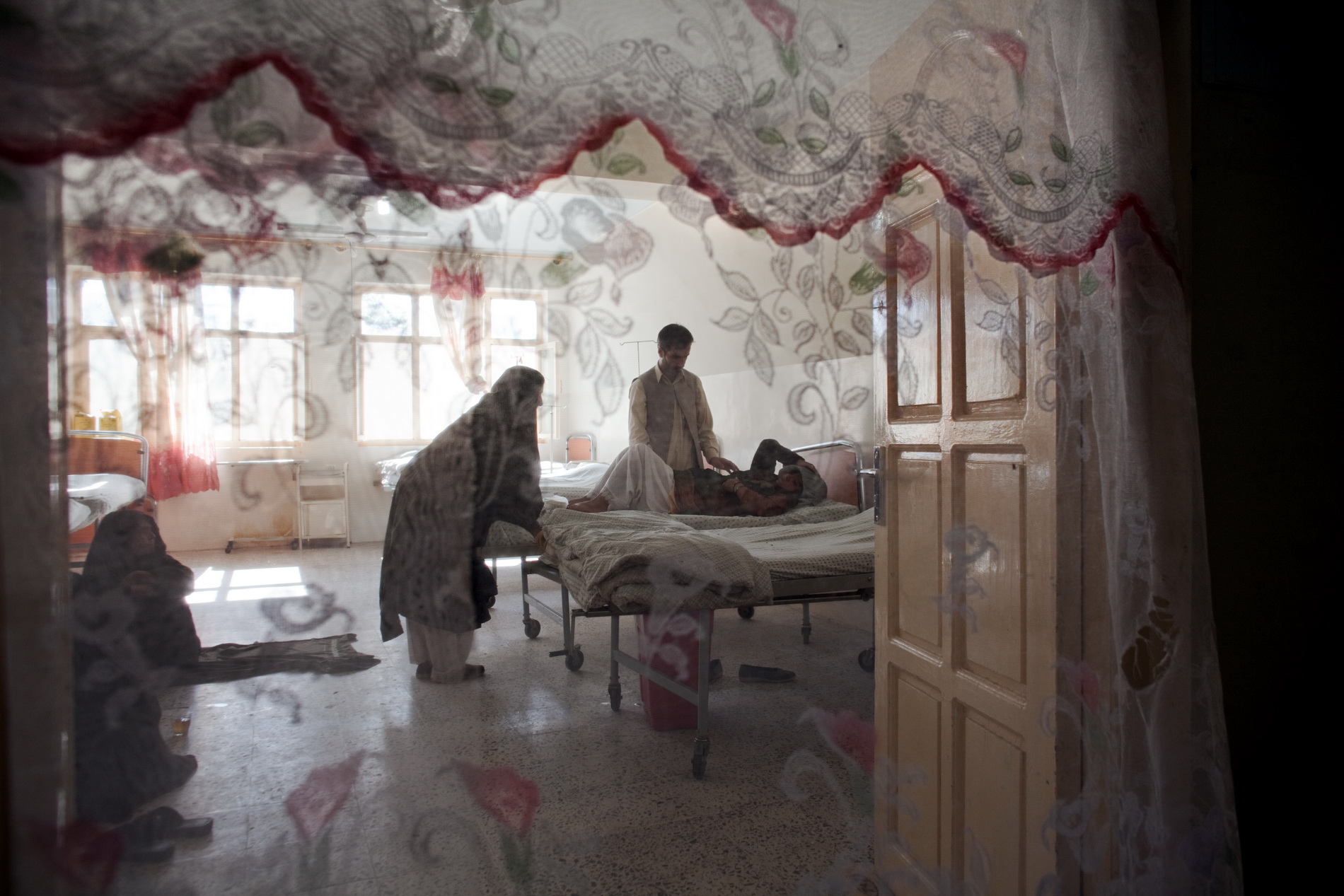 Surgeon checks a young mother after a successful Caesarian. 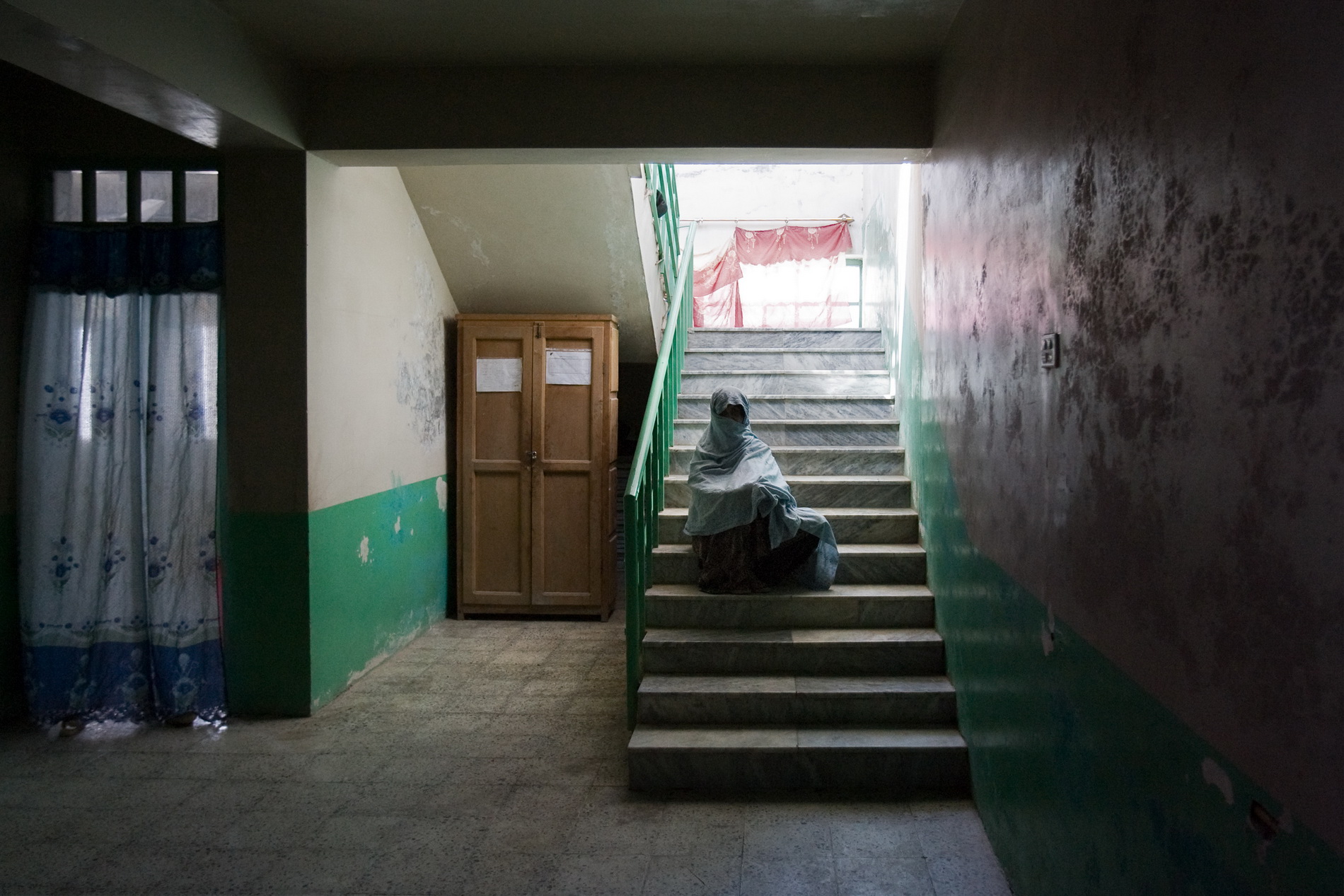 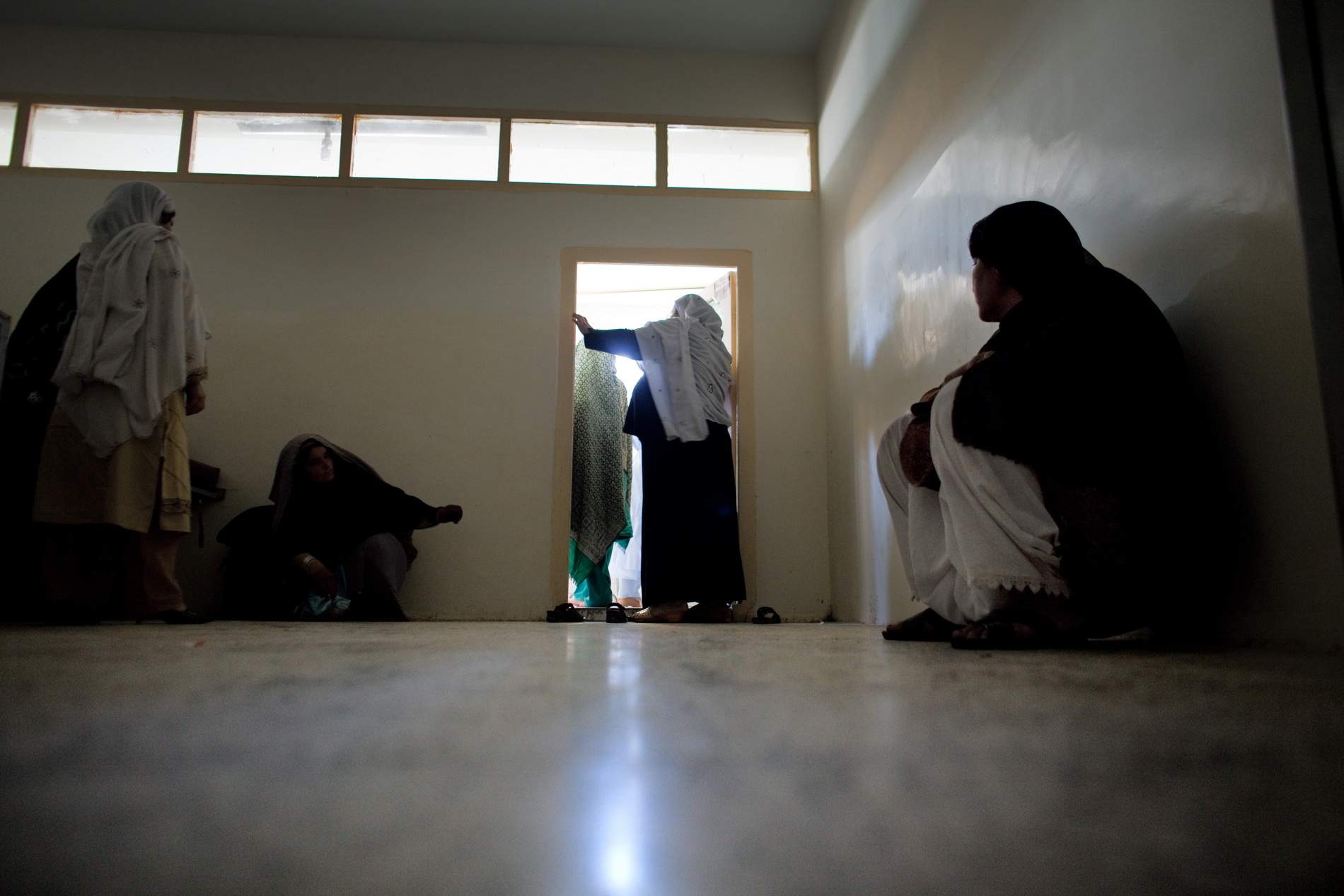 Women await outside the deliveryroom

Midwifery Programme
95 percent of Afghan women are unable to read and write. Although this is now on the increase, relatively few girls attend school. For the last few years and with support from the Netherlands, Tarin Kowt has the unique opportunity for girls to be educated to become midwife during a course which takes a year and a half. After completion of the course, they are guaranteed a well-paid job in their home region. Women in paid employment are still a taboo for many, and this will often pose a threat for the working women and their families. Salaries are relatively high to compensate for and recognize the risks that midwives are facing. The girls attend theory classes in the morning. Afternoons are spent in practical medical care from the day students enroll in their course. This gives them direct experience in both midwifery and
general health care. After three months in training the young nurses are deemed able to treat patients by themselves. 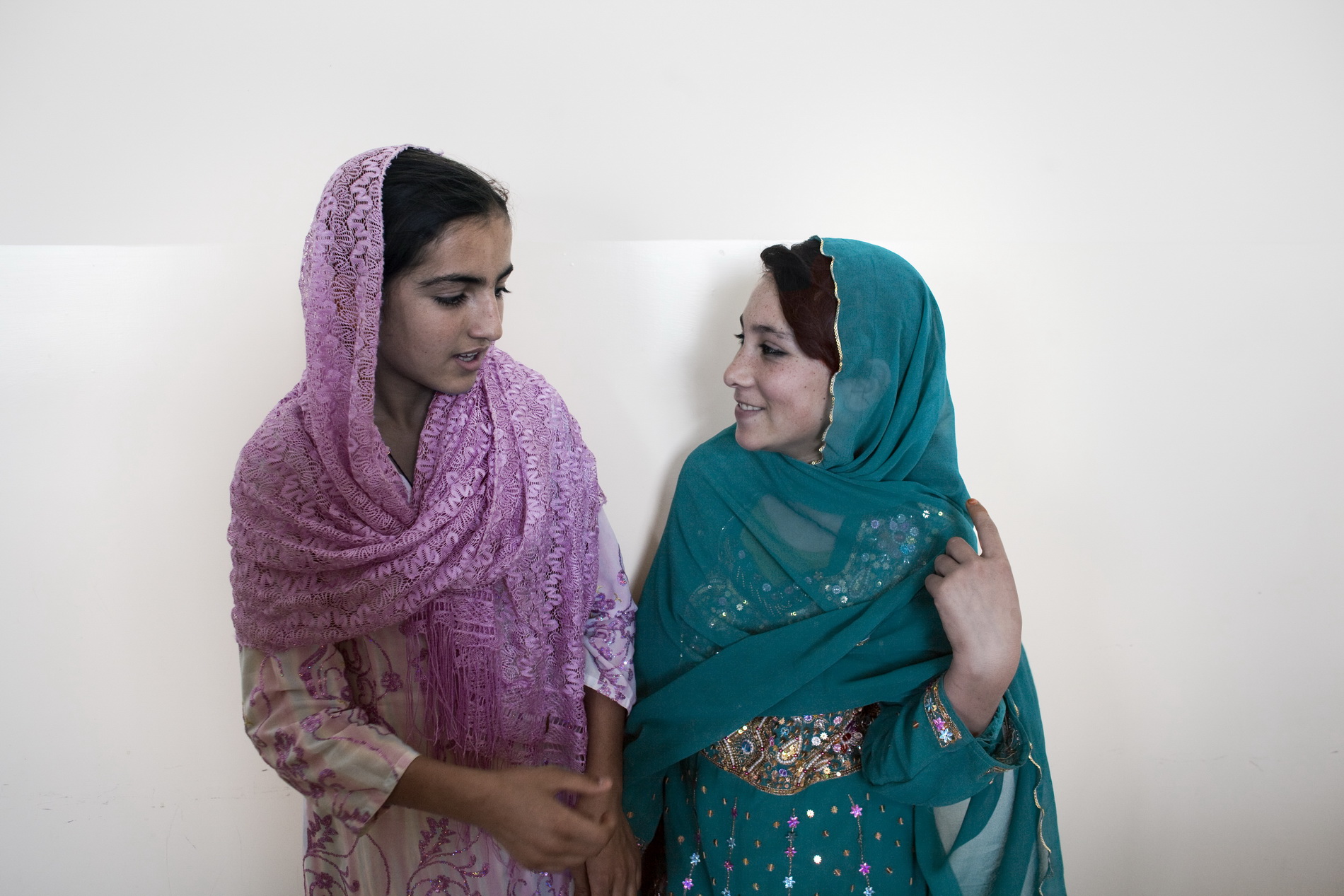 Students have fun during midwifery class. 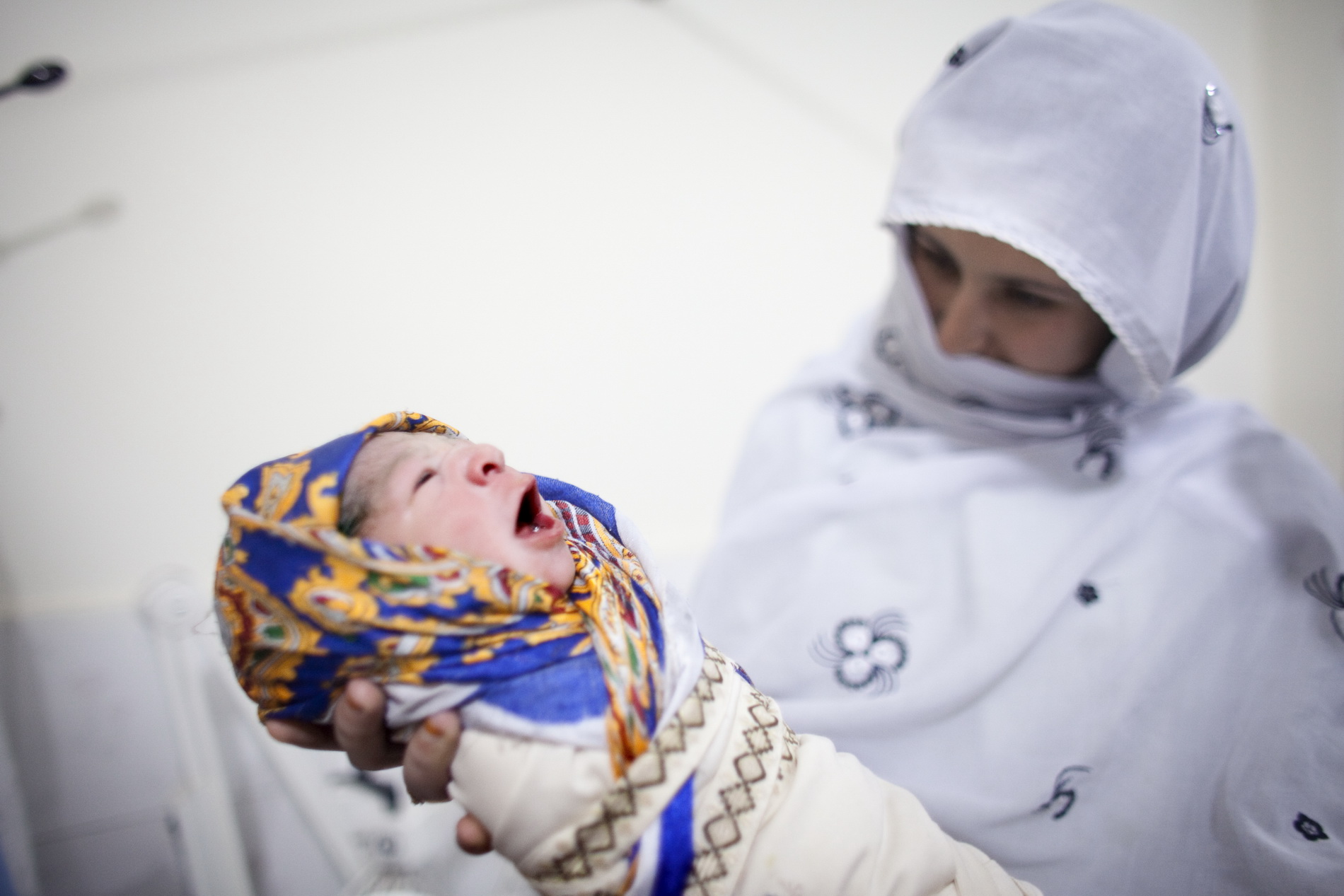 A student shows off the baby she just helped deliver. 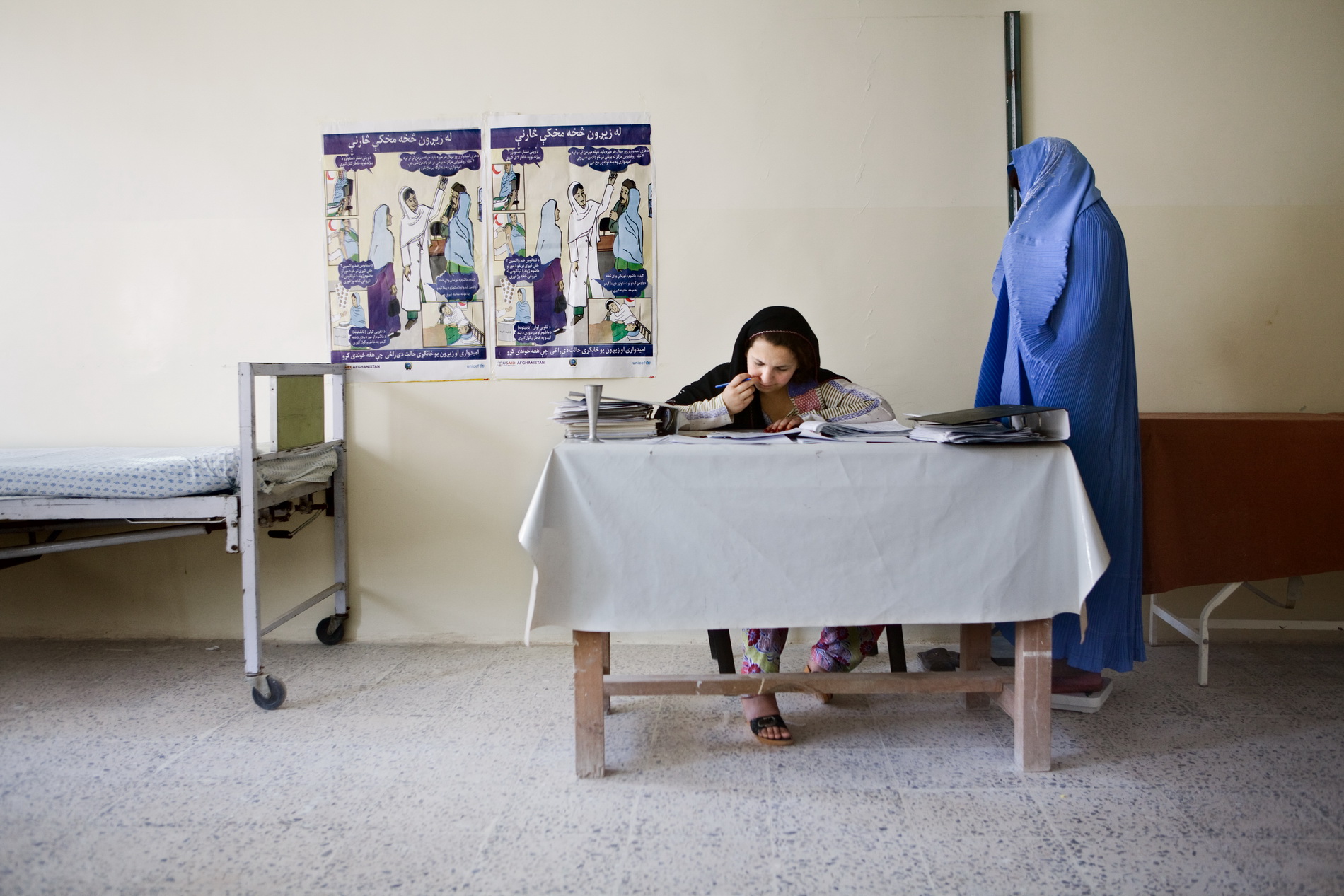 A student weighs a patient in the ‘postnatal care’ ward. 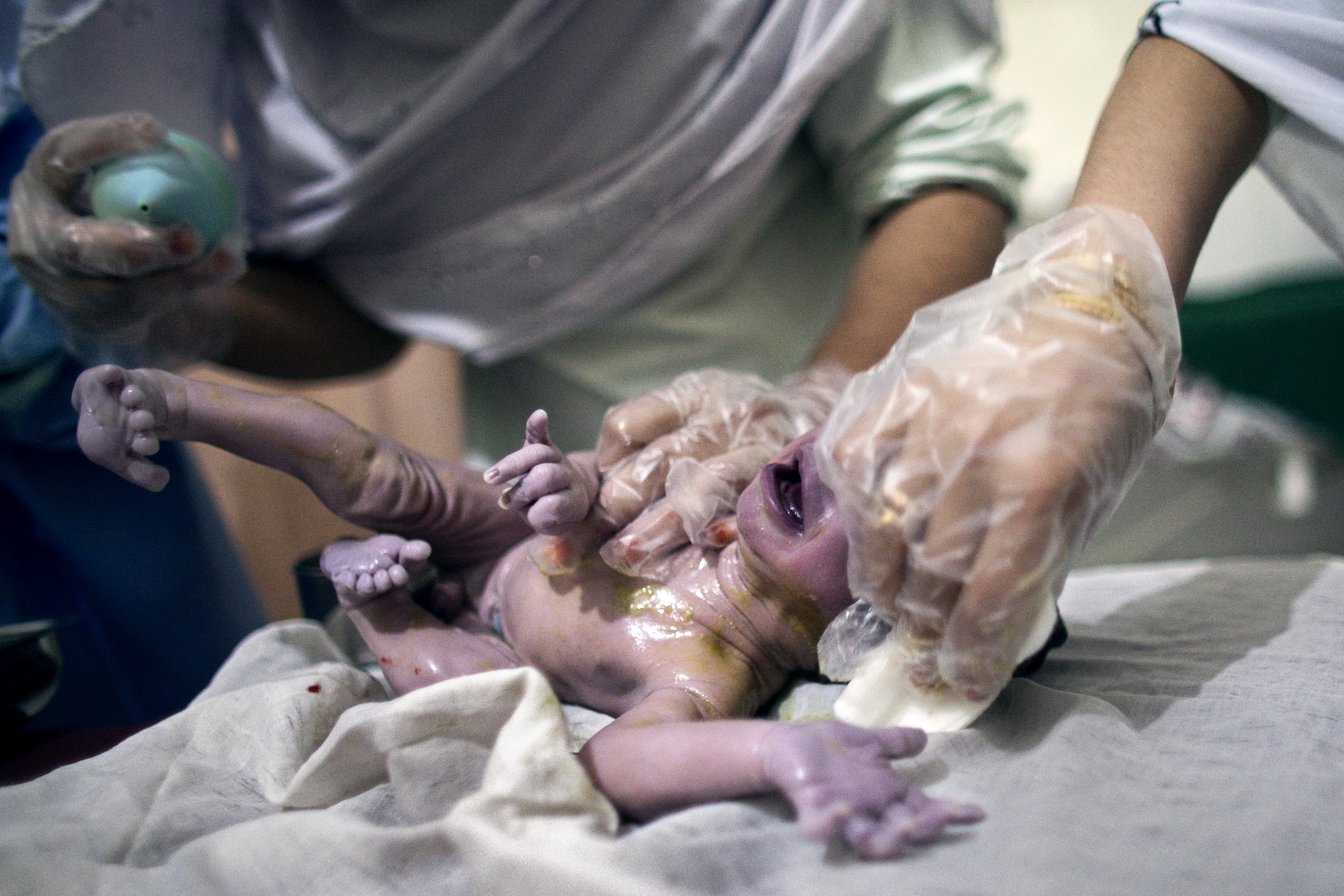 A new-born baby is being cleaned up/washed. 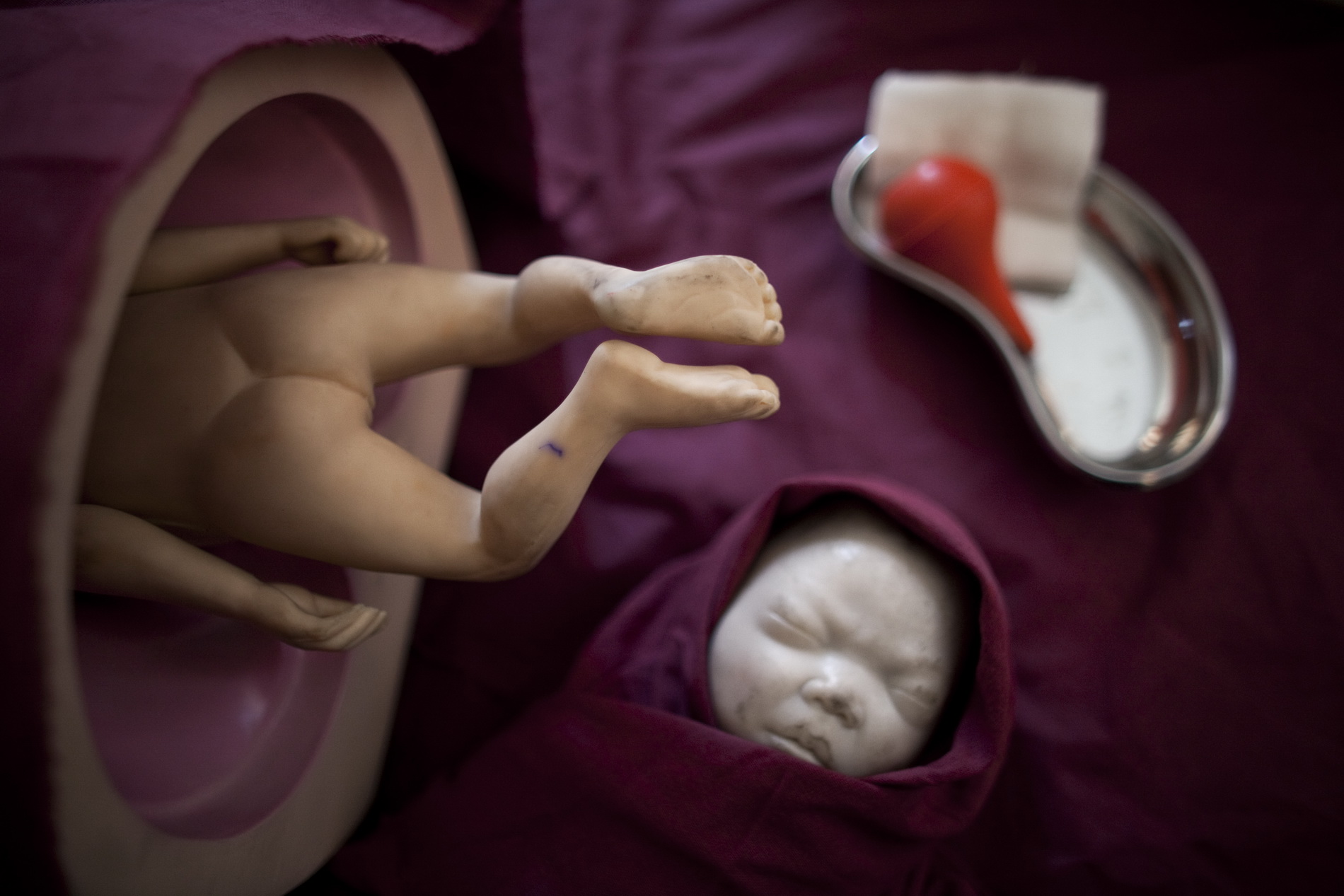 Materials for practical lesson in midwifery.

Work versus private time
In the women’s ward, work and private life are hard to separate. During their education, students from outside Tarin Kowt will stay in the hospital grounds day and night. Children of female members of staff and students can also stay in the grounds. In a designated ‘women only’ space women eat, rest and sleep. 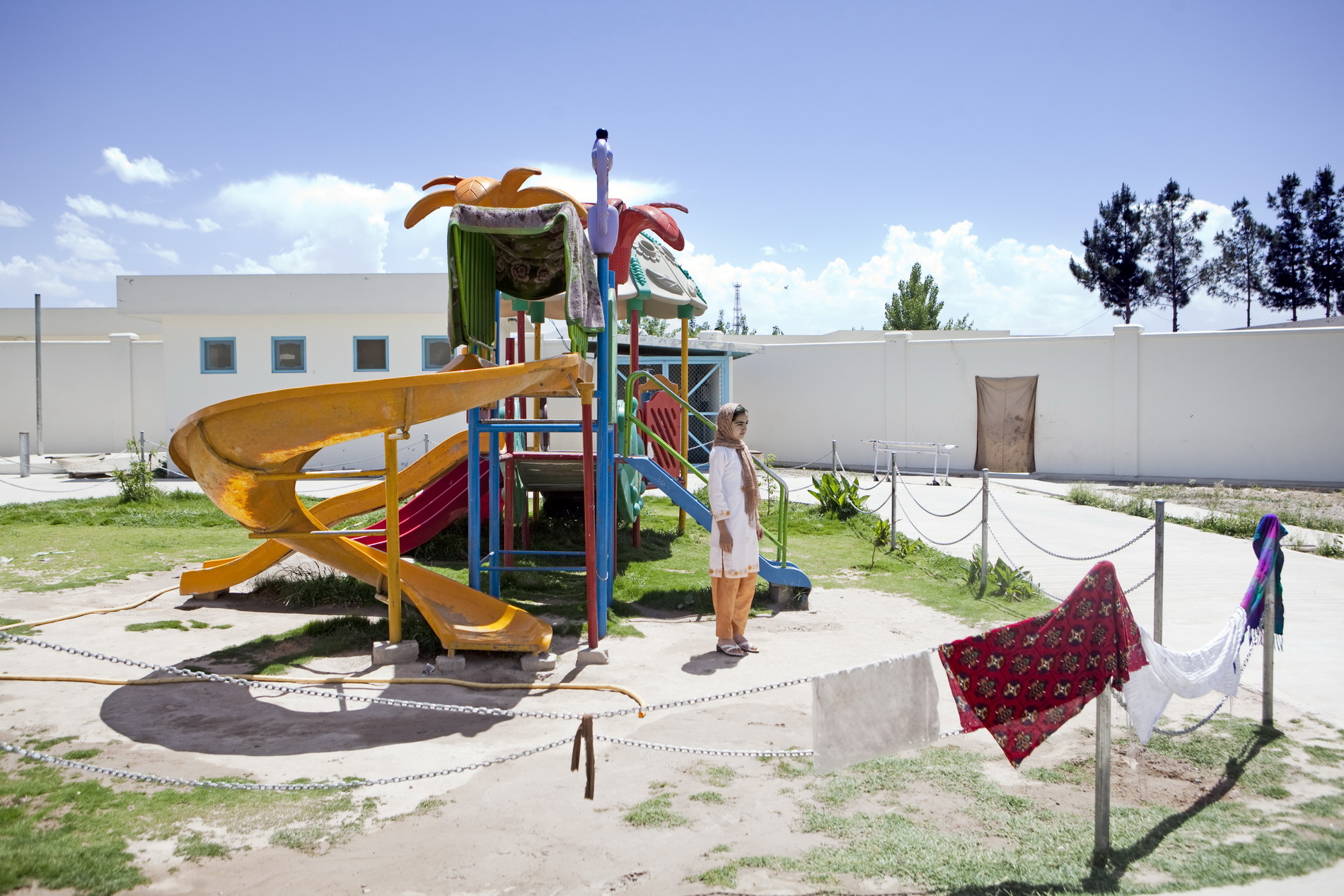 Student in hospital playground, where children of patients and nursing staff can play. 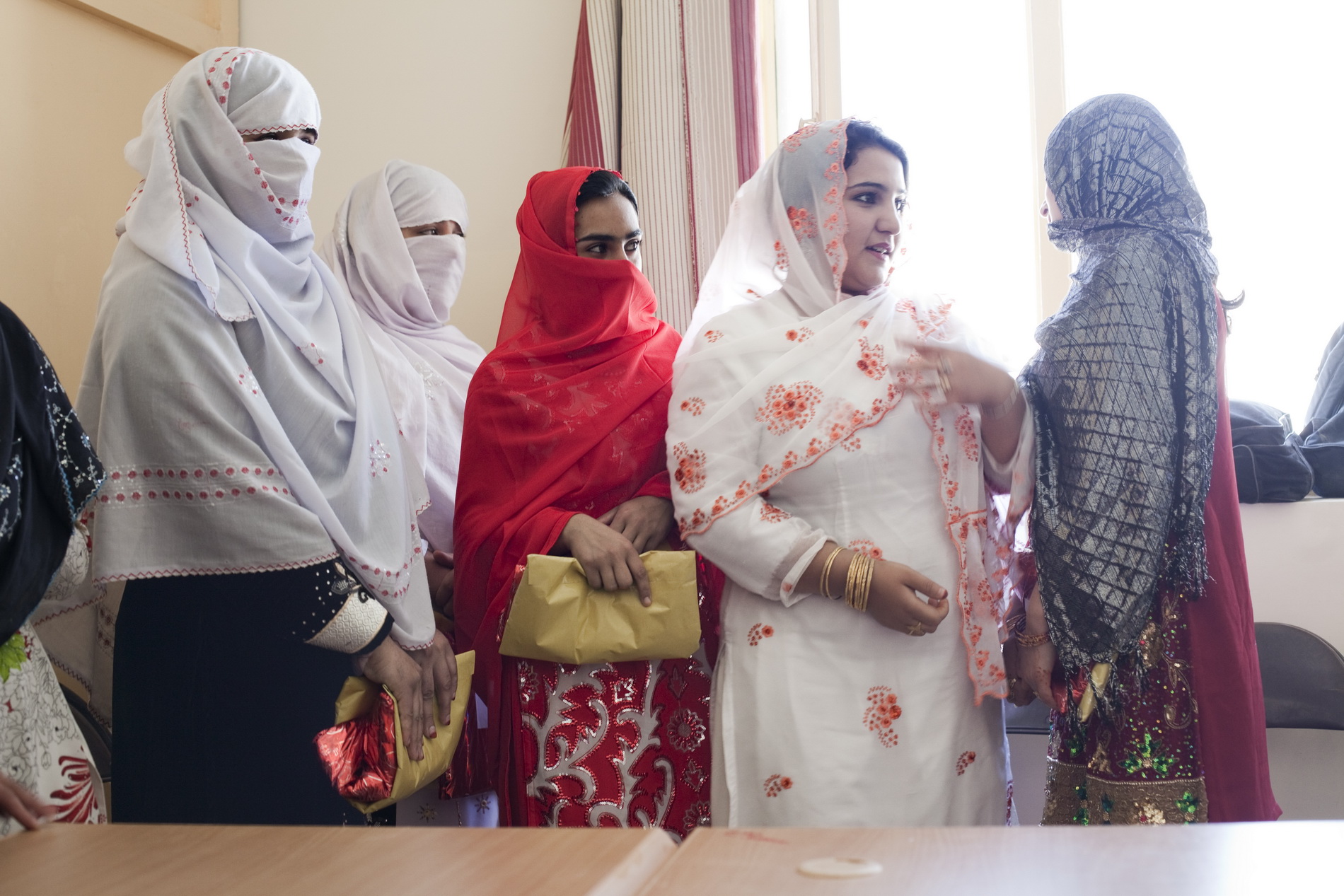 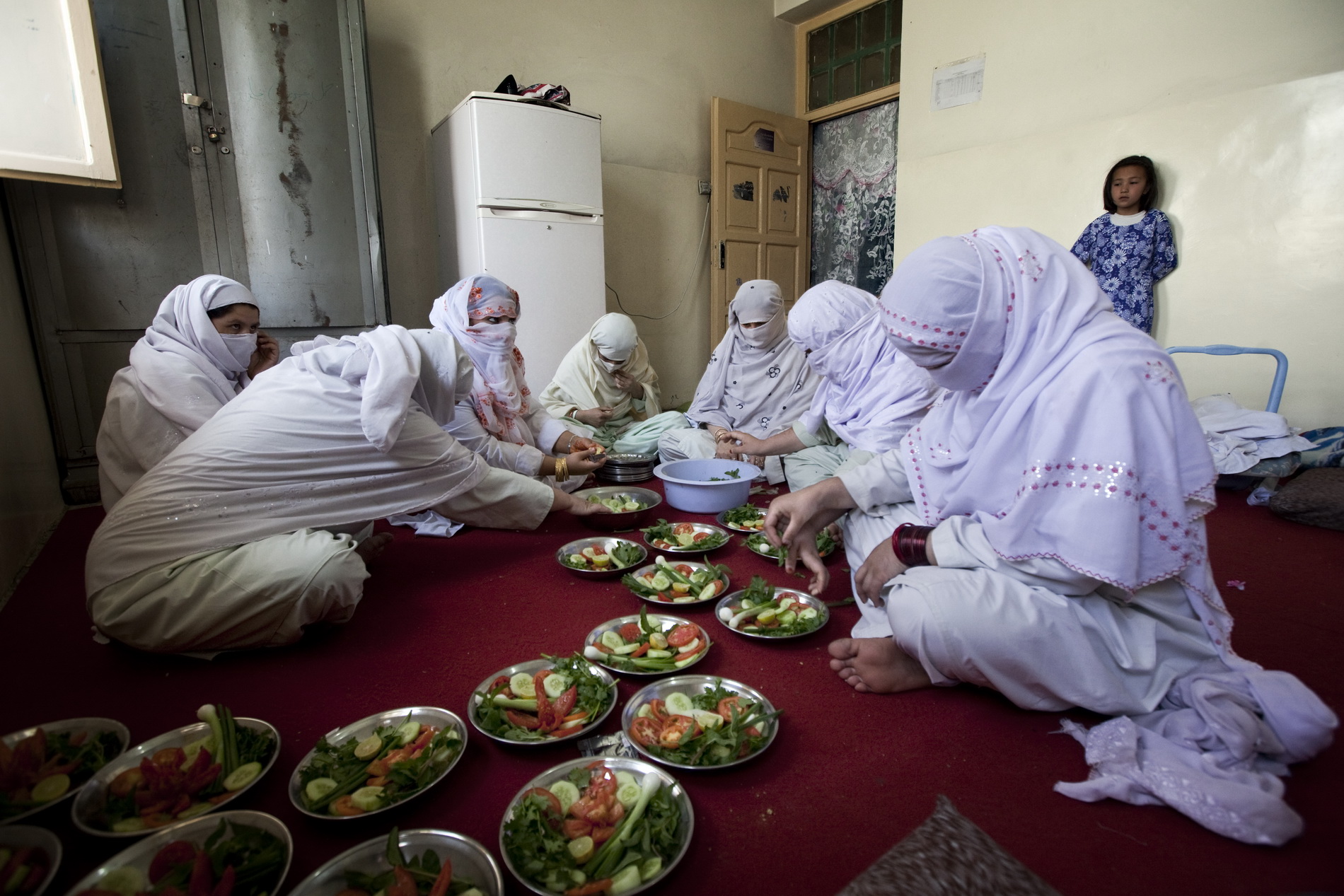 Students prepare a meal to celebrate their graduation. 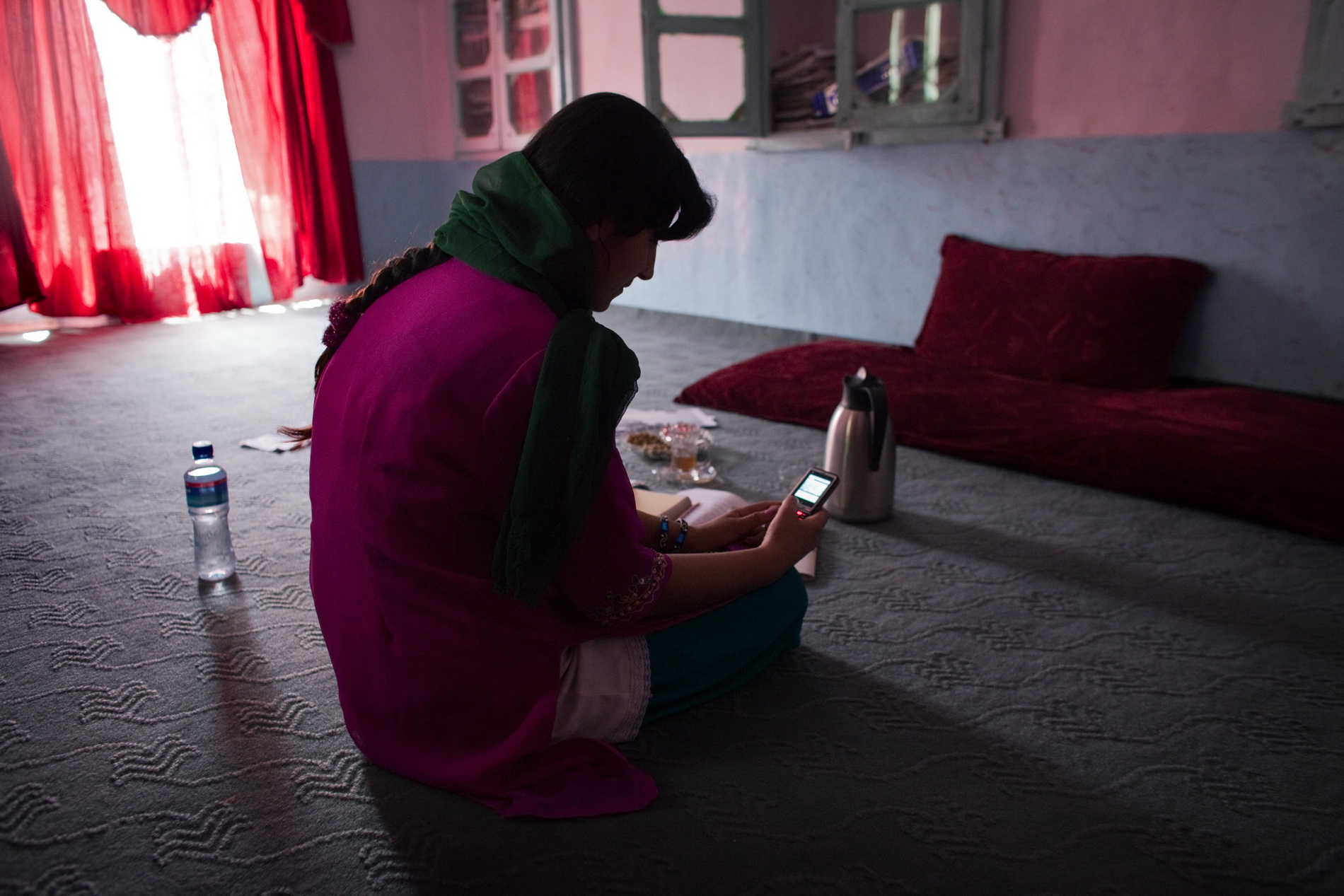 Student relaxes in her room at her parents house. 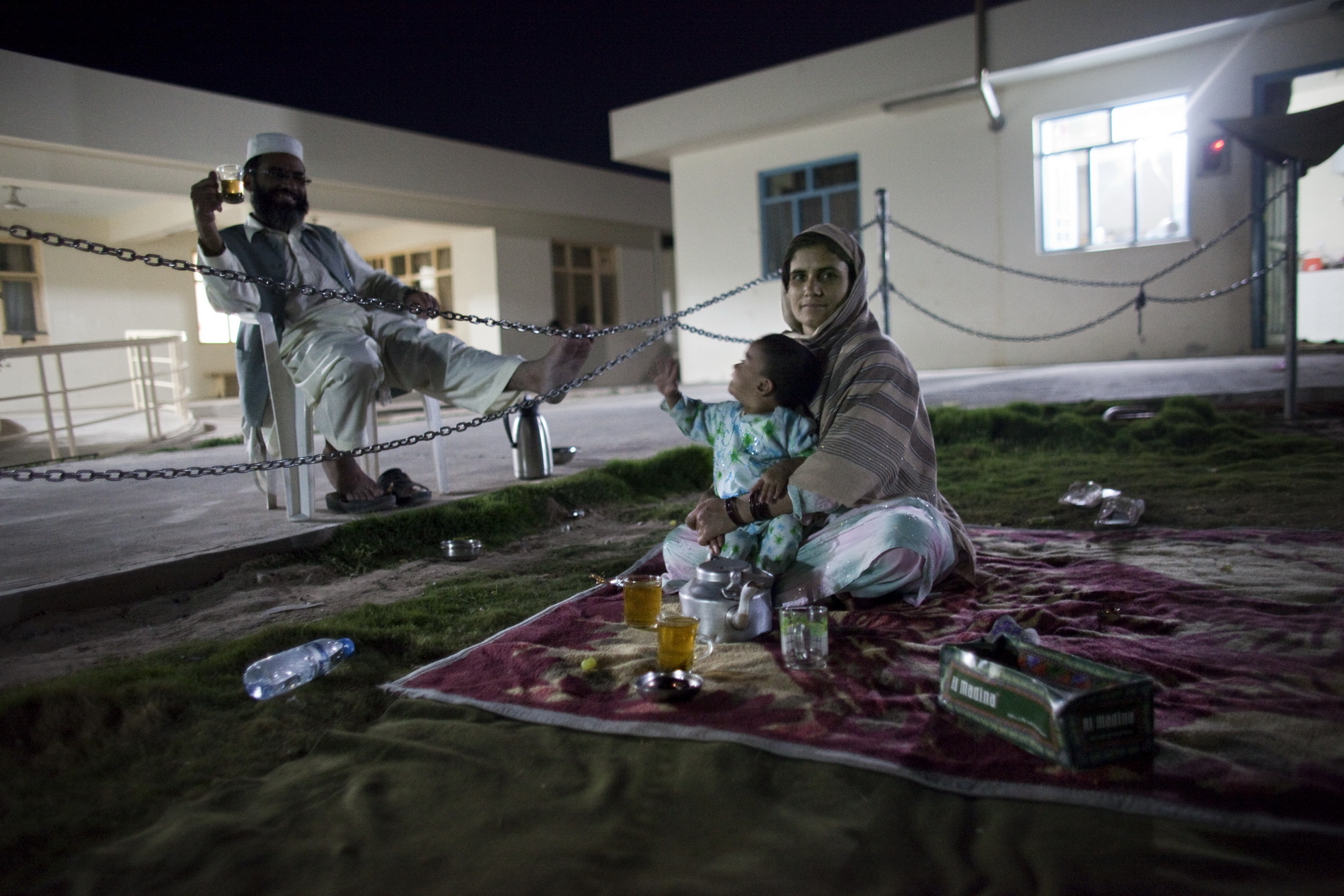 Doctor relaxes with his family in the hospital garden.

My personal story ‘29 Minutes’
“You want come to my hospital, see womenswing?” Journalist Marloes de Koning and I are in Tarin Kowt Kamp Holland military camp. We’re embedded with the Dutch army to report on the war in Afghanistan. The offer comes from Afghan Dr Noor, director of the hospital. The next morning at 7.00 AM -for safety hidden in the back of  an ambulance- we drive to the hospital in the middle of the town. Little did I know then, this would be the start of a life changing project. There are all sorts of horrific things that I could tell you about this wing, but I wont. I am sure any of you can imagine what a hospital in a warzone is like, in a country were woman are oppressed and abused where the maternal mortality rate is one of the highest in the world. I have met some amazing women. With the help of a pen and paper we sketched our stories. They were just as curious about my life as I was of theirs. We talked about relationships, family, men, beauty, and clothes, nothing was off topic. They showed me how to recognize them by their burqa even when the maze covered their faces. And the best tip they gave me; keep your mobile phone in your brah, so you have it always handy when you do need it. Over the period of 2 years we developed a special bond. I spend 24 hours a day with them, we ate, slept and laughed together. They woke me up when things happened during the night. And they kept silent about my presence their to protect me.
Since this project I do not take my life and my freedom I have as a women living in the Netherlands for granted. This project resultated in a travelling exhibition through the Netherlands. More information can be found on the Facebookpage ’29 Minutes’