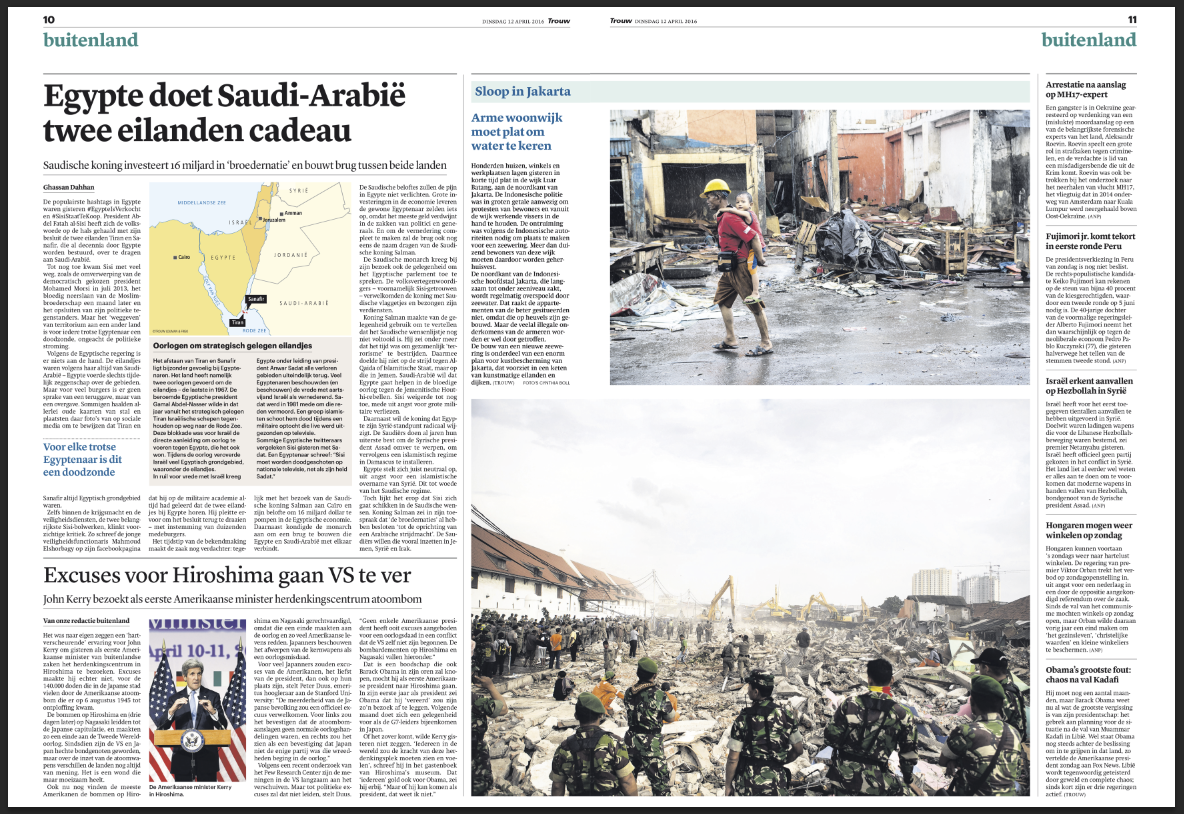 Three days before the opening of the exhibition: Monday April 11th 2016 at 7am the area Luar Batang around the historical old fish market Pasar Ikan in North Jakarta was evicted. Houses, shops and workshops were demolished by bulldozers to make space for the construction of a sea defence wall against flooding. The police was present in large numbers to control protests by residents. Many have lived here for generations. More than a 1000 residents need to relocate. Jakarta’s local government has plans to restore this part of Jakarta in its former glory and turn it into a tourist hotspot. Publication in dagblad Trouw in the Netherlands.