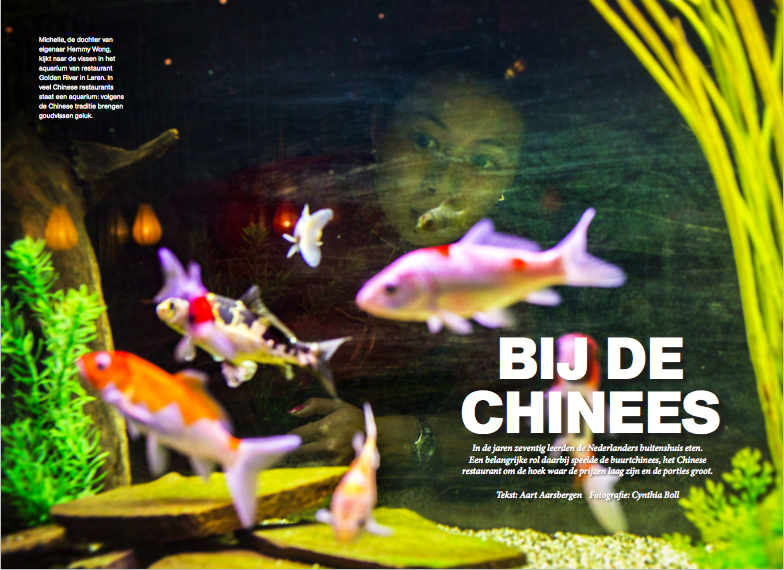 Click here to read the article. In Februari 2014 I was commissioned by National Geographic Magazine Netherlands/ Belgium to photograph a series about a typical Chinese restaurant. After two weeks of driving through the country and many take aways,  I found the perfect restaurant for this reportage; traditional, family run, with an aquarium, dragons and in the centre of a village. Family restaurant Golden River is situated in the centre of Laren and run by Hemmy Wong, his brother who is head chef in the kitchen, his wife and sister in law at the Take Away section, son and daughter helping out in weekend with services. I spend over a week photographing in the restaurant; starting early morning with preparations in the kitchen and cleaning the restaurant until the last dishes were done in the evening. I photographed the  preparation of the Peking Ducks, and the guests enjoying their dinners. The busy take away section of the restaurant, and the staff diners.